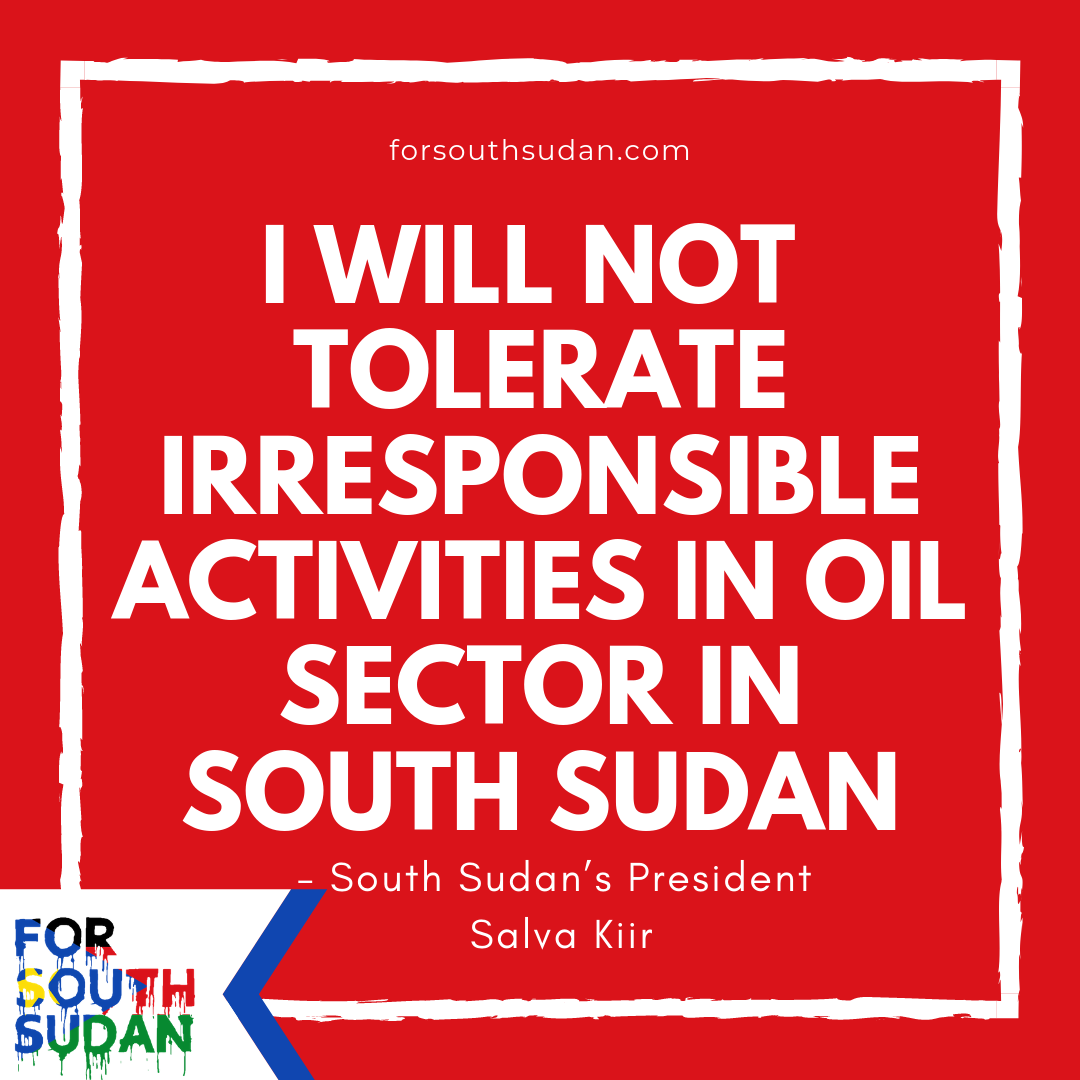 In a first for him, South Sudan’s President Salva Kiir has roundly criticized the oil companies operating in the country. The object of his criticism: their pollution of the land and water in and around South Sudan’s oil fields.

As reported in a statement posted by the President Press Unit, President Kiir vowed not to tolerate what he termed “bad business in the oil sector”.

“I will not tolerate irresponsible activities in oil sector in South Sudan,” he is quoted as having said.

The warning was issued at a meeting held on August 21, 2019 at the government’s State House in Juba. The meeting was attended by President Kiir and by representatives of the Sahara Energy group.

Tope Shonubi, the CEO of the Sahara Energy Group, confirmed that Kiir had emphasized at the meeting the government’s new policy of zero tolerance of oil pollution.

The pollution in the oil producing states in South Sudan has displaced more than half a million people and put some 600,000 more at risk of death due to contamination of water sources.

A large and growing number of organizations have repeatedly urged the government of South Sudan to take immediate and effective action to curb the pollution spewing from oil companies’ operations.