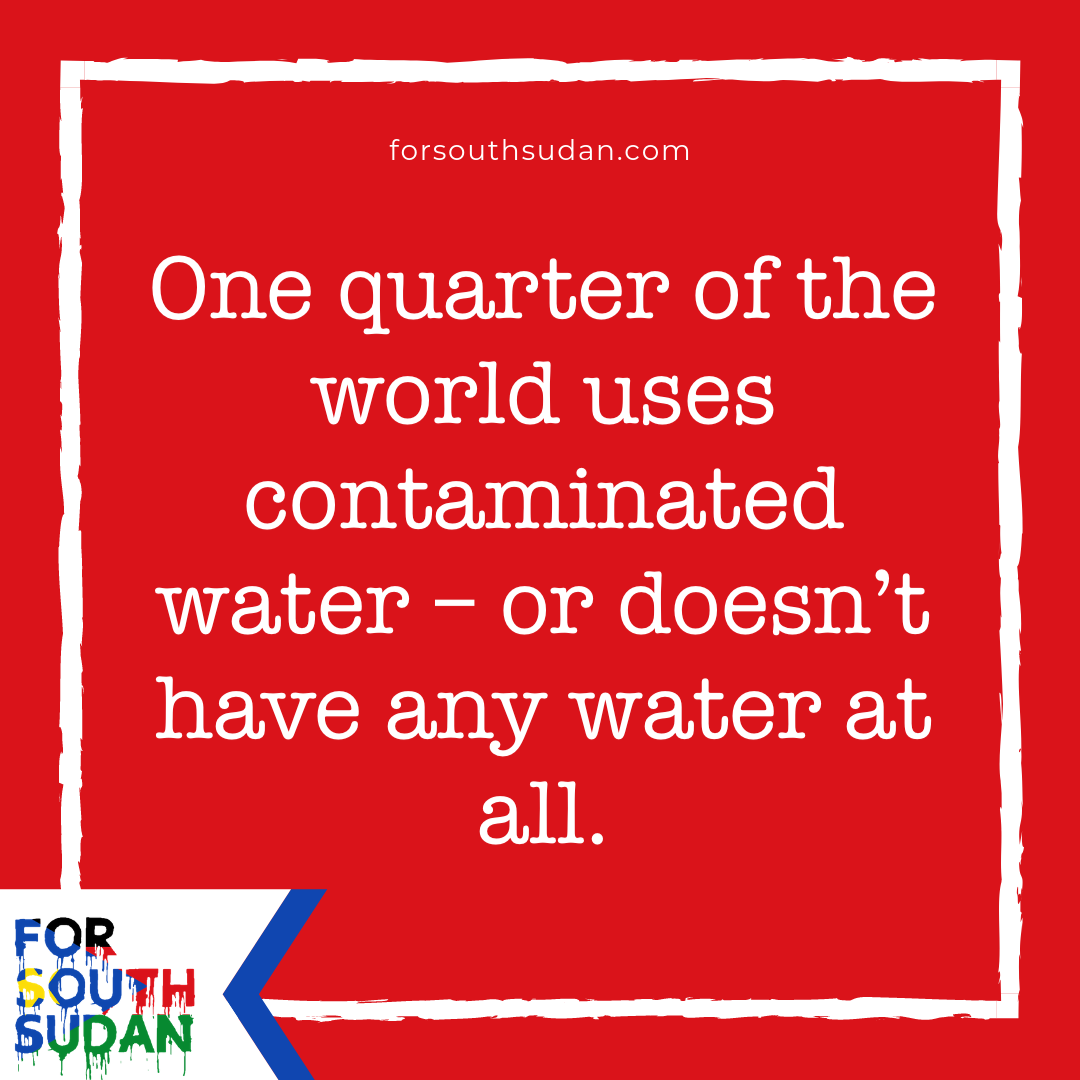 One quarter of the world uses contaminated water – or doesn’t have any water at all.

One big reason is oil pollution, which poisons the water of 100 million people in 100 countries.

The oil produced in these countries of course fuels the killing of the climate – and, in many cases, destruction of the countries’ societies – by spawning corruption, civil war and other consequences of the grab for revenues.

One of these suffering countries is South Sudan, in which Petronas of Malaysia, China National Petroleum and other oil giants have engaged in practices that

– have dumped huge amounts of lead, highly-toxic chemicals and other pollutants into much of the country’s ground water and on to large stretches of its land. Result: the destruction of life and livehood of at least 600,000 South Sudanese.

– have contributed the finance that has empowered – according to the UN, TheSentry, the NY Times, Bloomberg and Reuters – militias to commit war crimes: mass killings and rapes, mass destructions of homes and farms – so to enable the “interruption-free” production of oil.

– have supplied the funds enabling South Sudan’s government to set up chains of corruption that have bled the country of its money.

The result of these practices:

More than half of South Sudan’s population of 12 million is starving to death – or surviving on supplies from abroad.

To flee oil-fueled thirst, hunger and war, more than one third of the country’s population has left their homes for the relative safety of refugee camps.

Large portions of South Sudan are poisoned with toxic materials.

Rescuing children in the rainy season