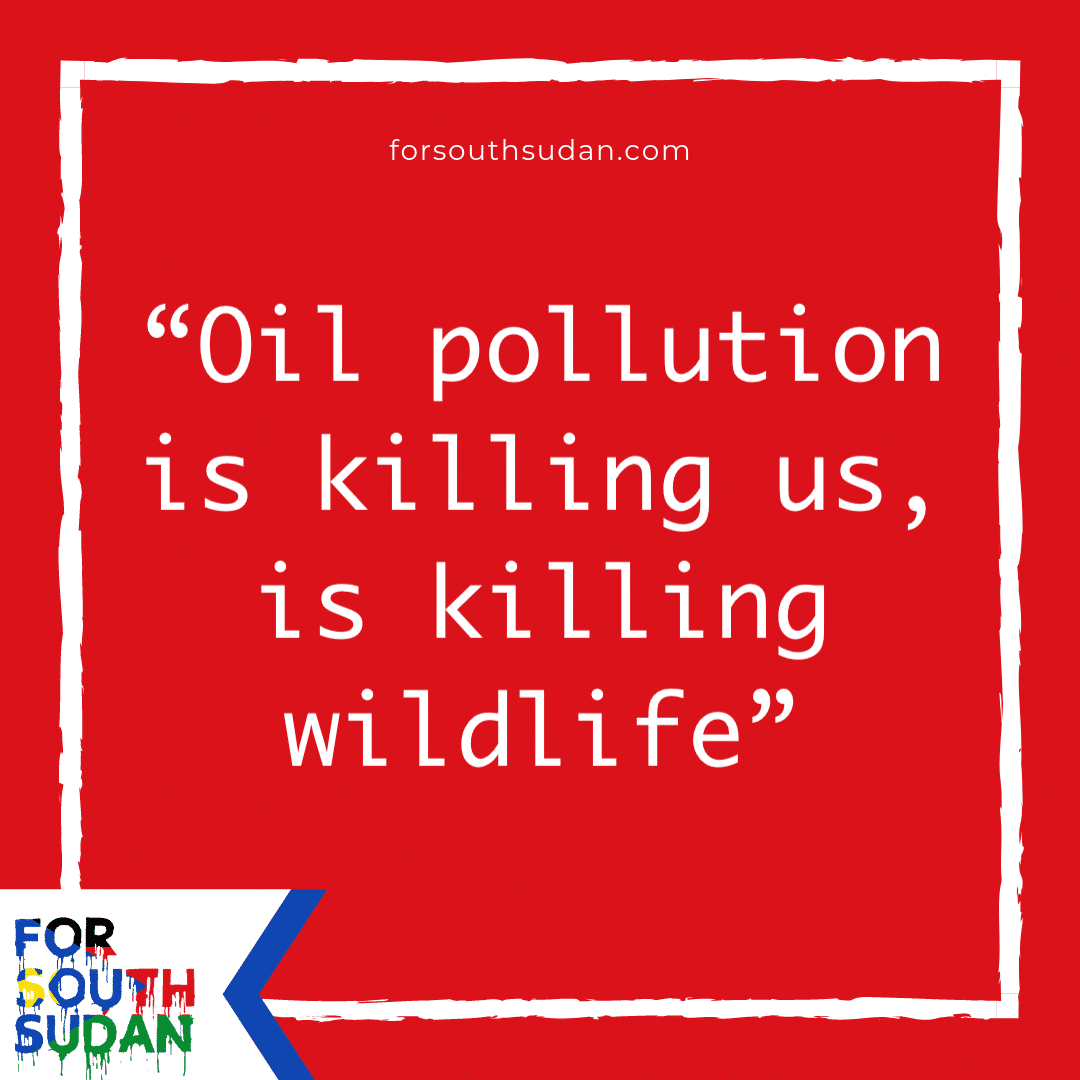 “First they poisoned our water, made it undrinkable. Now they’ve poisoned our air. It’s simply not breathable,” says a man living in South Sudan’s oil fields.

The man’s comment is typical of hundreds of his fellow-residents – and is confirmed by local officials.

“We’re hearing cases of people falling ill three times a week,” says Garang Moses, an administrator responsible for the Paloch area. “These ailments are caused by emissions from the oil fields. The farther you live from these fields, their drilling towers and their processing facilities, the lesser your chances of getting sick,” he adds.

“And we have no hope of things getting better. The oil companies – including DPOC (Dar Petroleum Operating Company) show no signs of mending their ways.”

As Moses points out, this wave of pollution is causing an ever-greater flood of people to flee their homes.

Also suffering under the “Black Tide” of oil pollution is South Sudan’s wildlife – with this including both domestic and migratory species. Particularly bothersome for these fauna: flaring off of gas and highly aggressive and toxic drilling chemicals.

Making the residents of Paloch especially angry is the fact these life-threatening conditions were supposed to be things of the past. In late August 2020, DPOC and the government of South Sudan agreed to ensure the supplying of clean water to all persons living and around oil fields. This, in turn, was one of ten promises that this oil consortium and the government refused to lived up to.