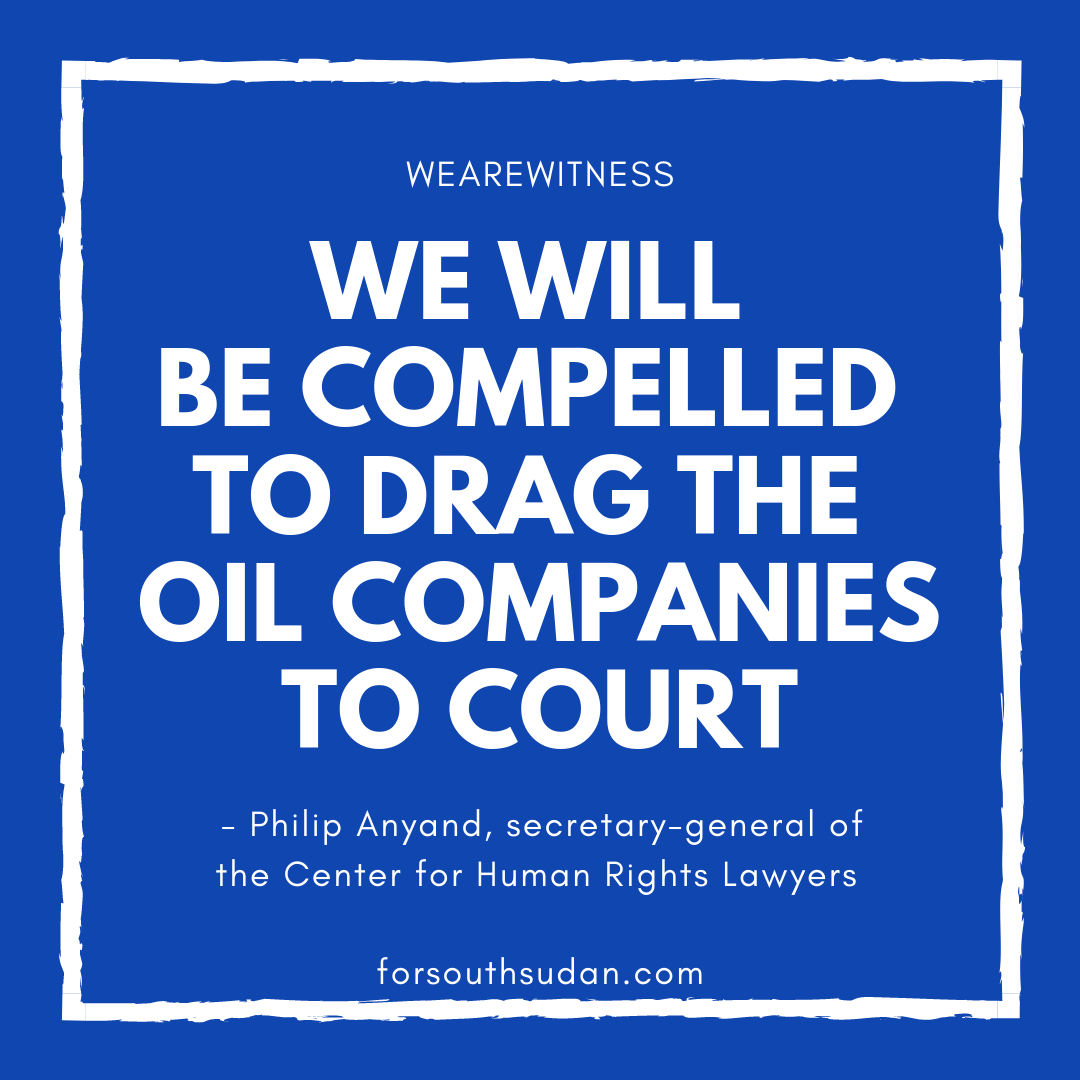 South Sudan’s highly influential and respected Center for Human Rights Lawyers has issued an ultimation to the country’s oil companies: ‘clean up your act or face us taking you to court’.

In the words of Philip Anyand, the Center’s secretary-general: “Should the oil companies not start taking responsibility to protect the environment and the interests of the communities in whose areas they operate, and should they continue to fail to ensure that standard environmental practices are performed, we will be compelled to drag them to court,” he said.

As Mr. Ayand noted, the basis of this suit would South Sudan’s Petroleum Act. Promulgated in 2012, the Act stipulates that the production of oil is to be carried out in ways ensuring the maintenance of high levels of personal and environmental health and safety.

The Act further requires that these practices be further developed on ongoing bases, so as to incorporate the latest and best technological advances and standards.

The oil companies’ disregard of the Act’s stipulations has unleashed a “black tide” of oil pollution, according to a large number of citizens’ action groups. This black tide has damaged the health and homes of 600,000 South Sudanese, and caused a further half a million to be rendered homeless.