Why the Oil Pollution in South Sudan isn’t Getting Enough Media Coverage, According to the Victims

JUBA, South Sudan (ViaNews) – Oil pollution now affects millions of people in South Sudan. Many villages have been completely destroyed by it.

This has been going on for at least two decades. People in South Sudan have been waiting just as long for the world’s media to take notice of this, so as to help get some relief from the current suffering.

A couple of explanations for this lack of interest are easily found in people’s comments:

The suffering of millions of people in a less known country in Africa is simply not as interesting as that of much fewer ones in Europe and America.

The power of oil multinationals, which is especially strong in South Sudan.

But are those explanations correct? To find out, we put the matter to the real experts on the subject – the people living with and suffering from oil contamination – and reporting on it.

South Sudanese environmental activist
“When it comes to Africa, the world’s media has a very limited set of topics of interest: basically wars and other dramatic events. Environmental damage is not of these topics. Too gradual and not splashy enough for them. Another very good reason for this failure to cover is the influence of the oil multinationals, who help finance a large number of media publications.”

Professor of Physics at Upper Nile University
“The oil companies simply lack any ethical standards at all. All they care about is the bottom line. The needs of the environment aren’t factored into their cold calculations. This is compounded by the government of South Sudan’s refusal to even try to effectively supervise the operations of these companies. What is needed are provisions guaranteeing the safety of the environment in the contracts entered into with the companies.”

Victim of oil contamination, resident of Ruweng
“It’s easy to criticize international media for not covering environmental pollution, but, in fact, the local media is also not doing its job – which gives the public the information it needs to protect its health and interests.

One thing you have to remember: getting to the oil production areas in South Sudan is very often dangerous and difficult. One big reason why: officials have no interest in helping anyone report on environmental pollution because that gets them in trouble with the oil companies and their allies in the government. The obvious close relationships between the international media and oil companies is another good reason why oil pollution gets so little coverage.”

South Sudanese environmental journalist and former deputy editor at Al-Maugif newspaper
“In addition to the above, a huge barrier is the restrictions imposed by the government of South Sudan on the media operating in the country. These restrictions are designed to keep the local population unaware of what’s going on around them. And for good reasons: a well-informed population is one that is going to assert its rights to a healthy environment. And that would complicate the government’s relationship with the oil companies. Protests by the local population have stopped oil production in the past.” 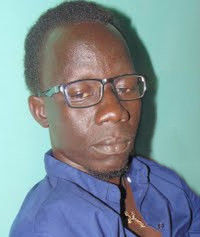 Francis Michael is based in South Sudan and covers political, cultural and environmental affairs. In addition to South Sudanese newspapers and radio stations and to forsouthsudan.com, he contributes to theniles.com and andariya. He also works as a researcher at the Diversity Center for Strategic Studies and is a member of the Upper Nile University’s Environmental Society.

Reporters Without Borders: mentioning of Joseph Oduha’s courageous reporting, of forsouthsudan.com and of our campaign