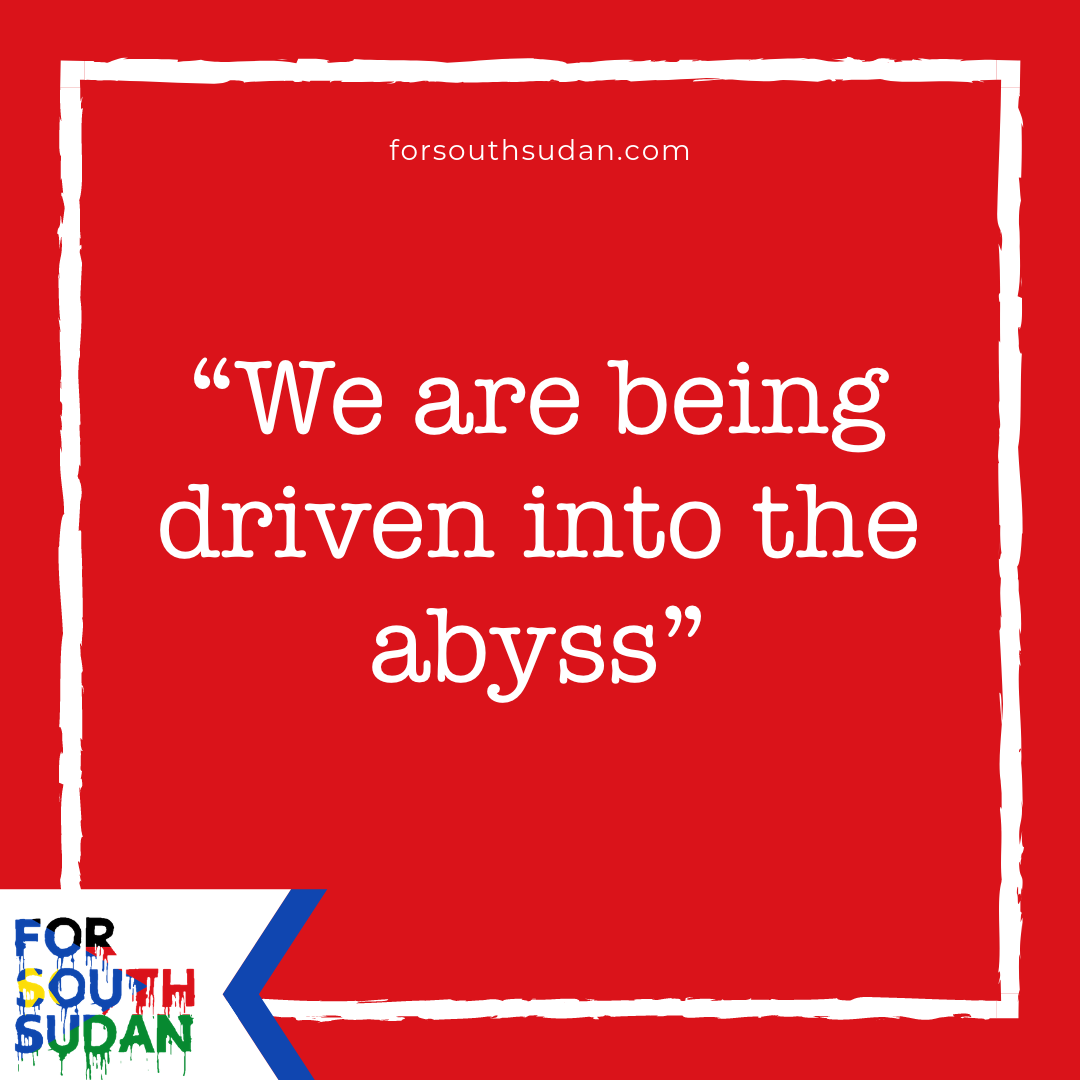 In their own words – people facing starvation in South Sudan

“Crisis-level or worse food insecurity” – the authoritative Food Security Council’s rather academic term for the ‘potential or immediate peril of starvation’ – is being experienced by more than half of South Sudan’s population of twelve million.

Making this threat of mass famine even more surprising and saddening – South Sudan is rich in resources, with these especially including oil. It is in fact oil that is responsible for millions of South Sudanese’s going hungry.

The fight to gain control over the oil and its revenues has produced civil war and widespread violence. Revenues from oil have corrupted the country’s politics and business community. Oil leaks, spills and wastes have poisoned South Sudan’s water, land and air – rendering farms barren and killing livestock – and thus stripping the country of its food.

Embedded journalist Hou Akot Hou interviewed several of these millions of victims of this oil-fueled situation.

Agol Deng is from Aweil, a town in South Sudan’s state of Northern Bahr El Gazal.

“It is truly sad to live in such a country. We do everything in our power to try to make ends meet. But we never quite manage to do it. Our lack of food is disgusting,” she says.

Many of the people in the area report that they are already “semi-starving”. “We go hungry for days on end – and still have to desperately look for work with an empty stomach,” one resident is reported as saying.

Even those with gainful employment are hard pressed to survive. Their meagre wages and earnings no longer cover the  prices of grains and other basic foods, which Corona-induced scarcity have caused to skyrocket.

This inflation, in turn, is driving such hawkers as Atiiu Wol out of the market. He lacks the cash needed to buy the staple of his business – a sack of sorghum. It is now going for the equivalent of $100, which is way more than Atiiu can muster.

Those producing the food – the country’s farmers – are also struggling to survive. Droughts alternate with floods. Few farmers have the capital needed to buy and operate tractors and other essentials of today’s agriculture.

“South Sudan is standing on the brink of the abyss. What got us to this point: lack of civic spirit and decency on the part of those in power,” states Denk Wek, a young activist.

Even those who have profited from the pillaging of the country’s resources understand how this has brought South Sudan to the brink of mass starvation..

“We have looted our country’s resources, so as to have nice cars and so as to send our children to schools abroad. And this has made having enough to eat a privilege enjoyed by very few. We are forcing our mothers and others to starve,” states an official who wishes to remain anonymous.

Most victims of starvation resign themselves sooner or later to their fates. Others go to truly desperate lengths to enable the survival at least their children.

“Our lives are at stake!”

Nigerian victims of oil pollution score big victory vs. Shell – winners are all the world’s victims of corporate malfeasance