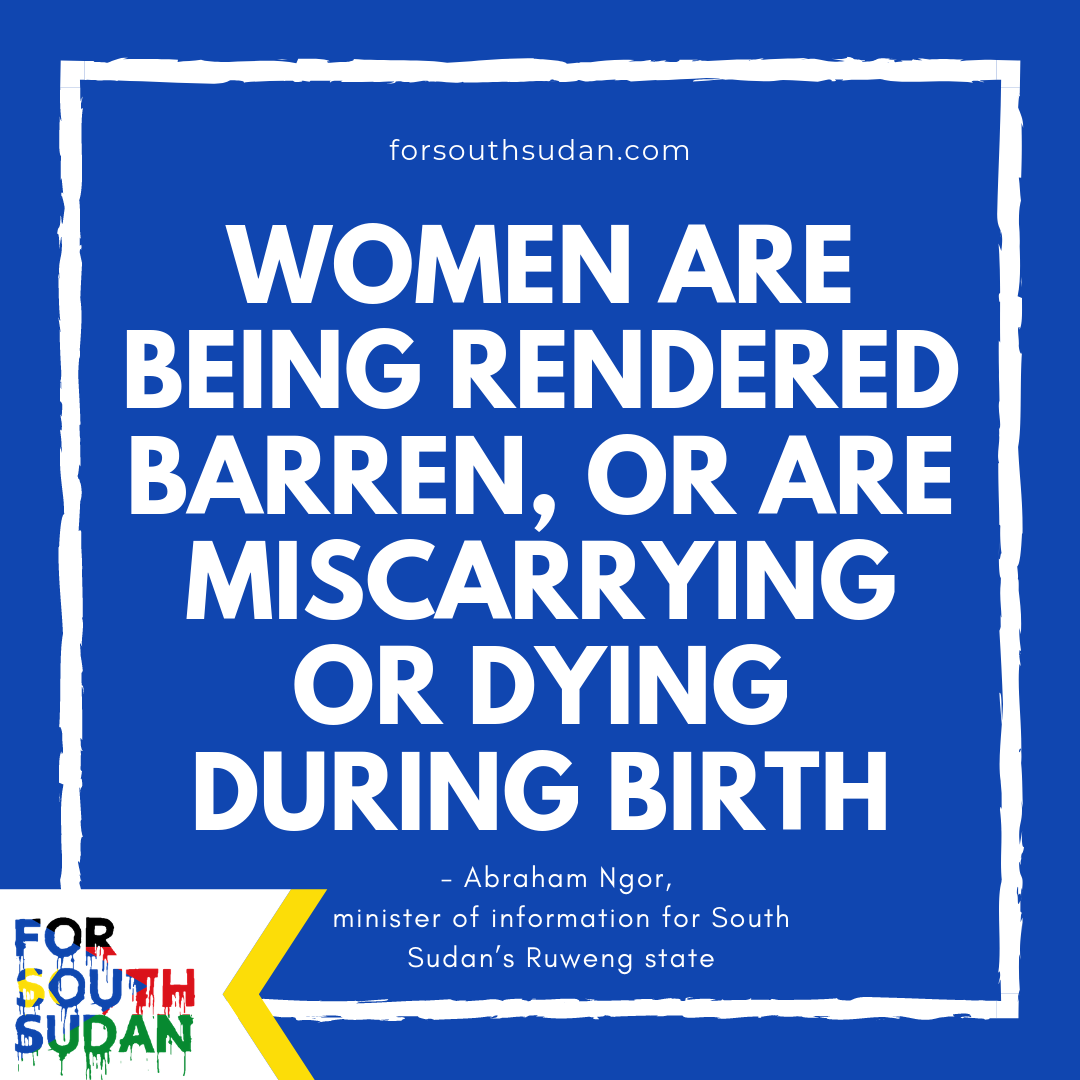 “Women are being rendered barren, or are miscarrying or dying during birth. Babies are being born deformed. And the number of these horrible incidents is rising at an alarming rate,” states Abraham Ngor, minister of information for South Sudan’s oil-rich Ruweng state.

According to the minister, two of the children born this month lacked all limbs.

The cause: the sources of water in the area of these infants’ birth have been polluted by oil spillages.

As he and others pointed out, these figures cover merely the incidents registered. Many families don’t bother to report such cases – too much trouble, no results expected, dangerous to do so.