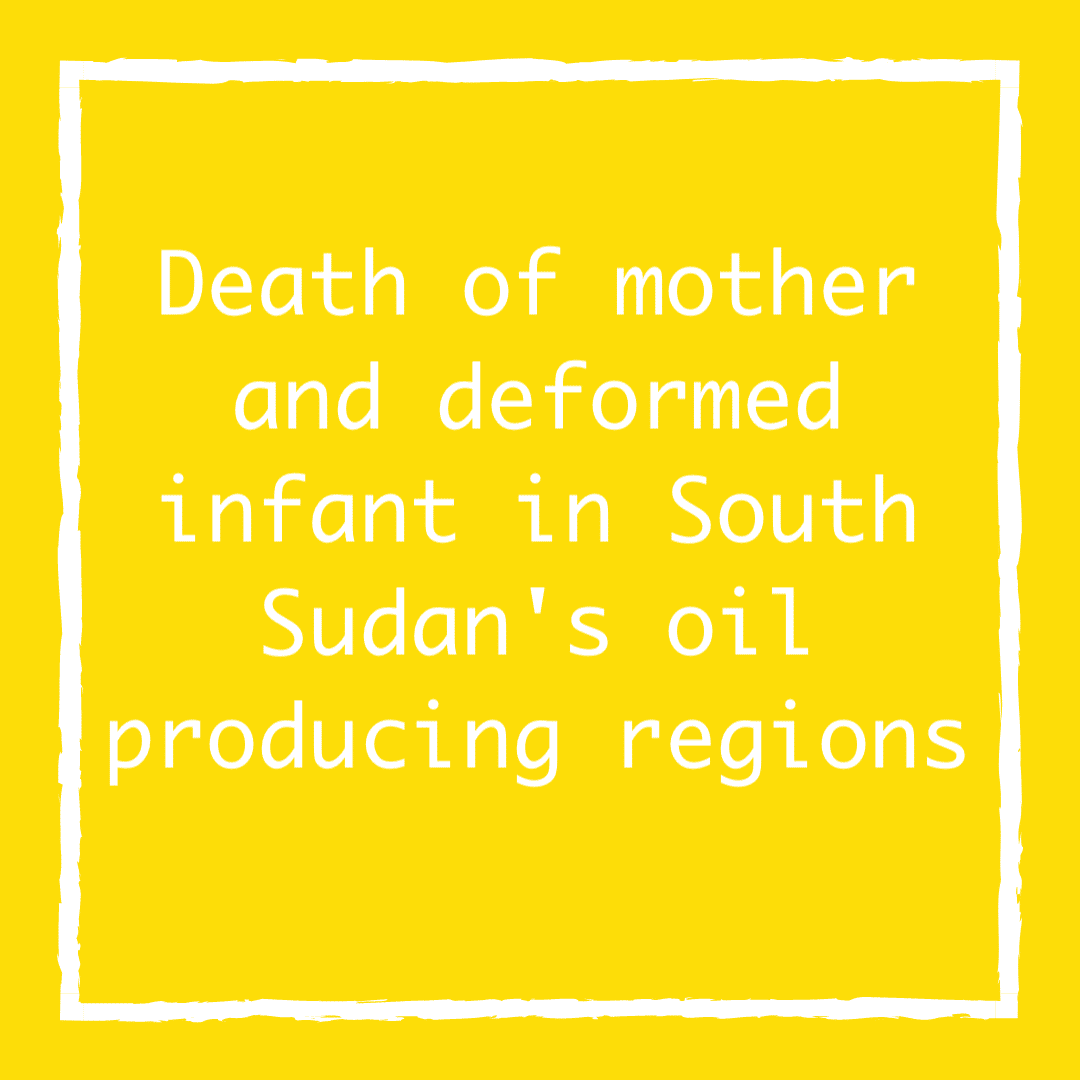 Two more fatalities due to oil pollution in South Sudan?

Deaths of mother and deformed infant

A hospital in South Sudan’s oil-producing regions has reported the deaths of a mother and her newly-born, horribly deformed child.

This tragic incident is the latest in a very long series of stillbirths and deformed babies in the oil-producing regions. Residents attribute these to the contamination of their water and land by oil spills, leaks, wastes and chemicals – viewpoints backed by every scientific investigation conducted in the regions.

These problems with gestation are being accompanied by world-worst levels of lead and other forms of oil-produced poisoning.

What it’s like being a journalist in South Sudan