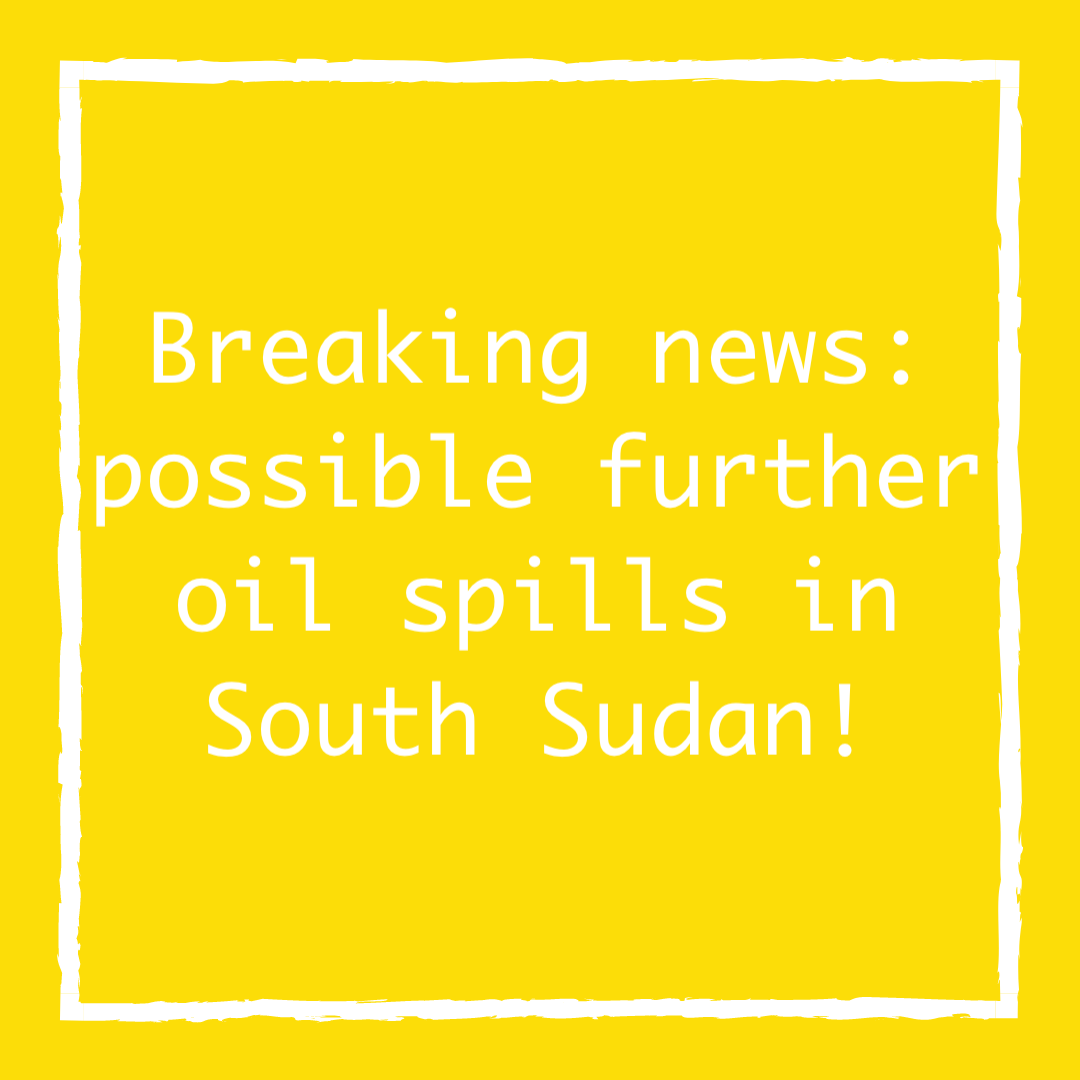 The ruptures and spills apparently took place in January and February in the vicinity of the El Toor oil field, operated by Malaysian oil company Petronas. Early January 2020, an oil waste pond caught fire, blackening the skies with toxic smoke.

If confirmed, this new spill detected in February, will join an ever-lengthening list. The recent rash of discoveries is attributable to the increasing frequency and detail of images being produced by satellites – and by the ever-great knowhow as to how to interpret them.

The Bellingcat report on the tragic history of oil pollution in South Sudan:

Sign of Hope’s report on its discovery of a major oil spill, and how it teams up satellite-images with on-site investigations by its “pollution scouts: