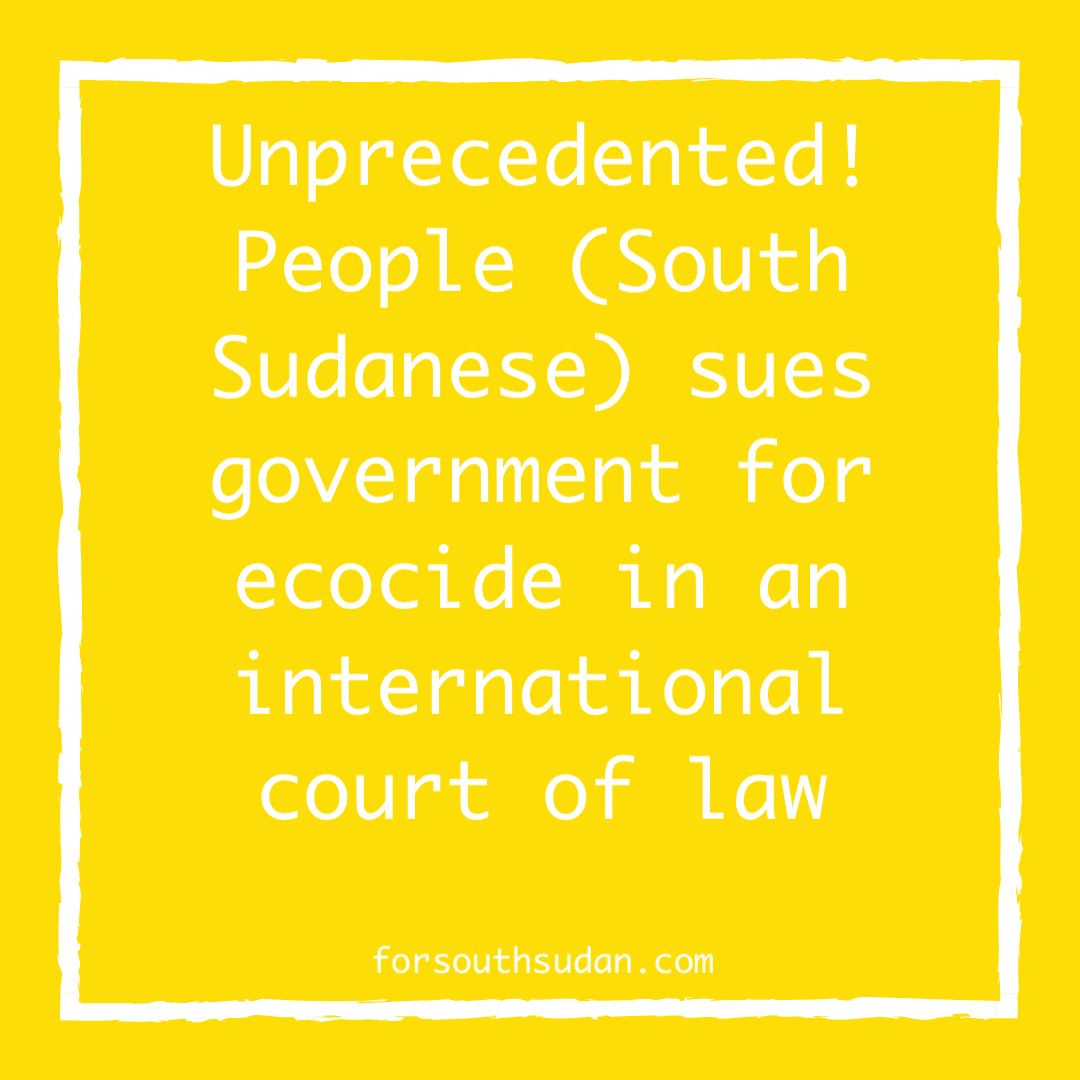 In a historic and unprecedented move, the people of South Sudan – via NGO Hope for Humanity Africa and its attorneys – lodged a suit with the East African Court of Justice. Defendant is the government of South Sudan. The suit is for $720 million in damages. These arose from the pollution of the environment by oil consortia. The suit charges the government with complicity in the consortia’s breaches of corporate, national and international regulations -and, accordingly, culpability in the accompanying massive destruction of plaintiff health and livelihoods.

These regulations and alleged transgressions of such are presented in exhaustive detail in  the suit (brief enclosed). It makes for sad reading – of a government’s failure to enforce adherence to its own legal code – and to the applicable regional and international environmental and nature protection conventions.

The brief contains a long and detailed listing of the last few years’ pipeline ruptures and oil processing facilities’ blazes – and of the pollution of air, land and water that they produced – and of the intake and ingestion of these poisons upon human and environmental health.