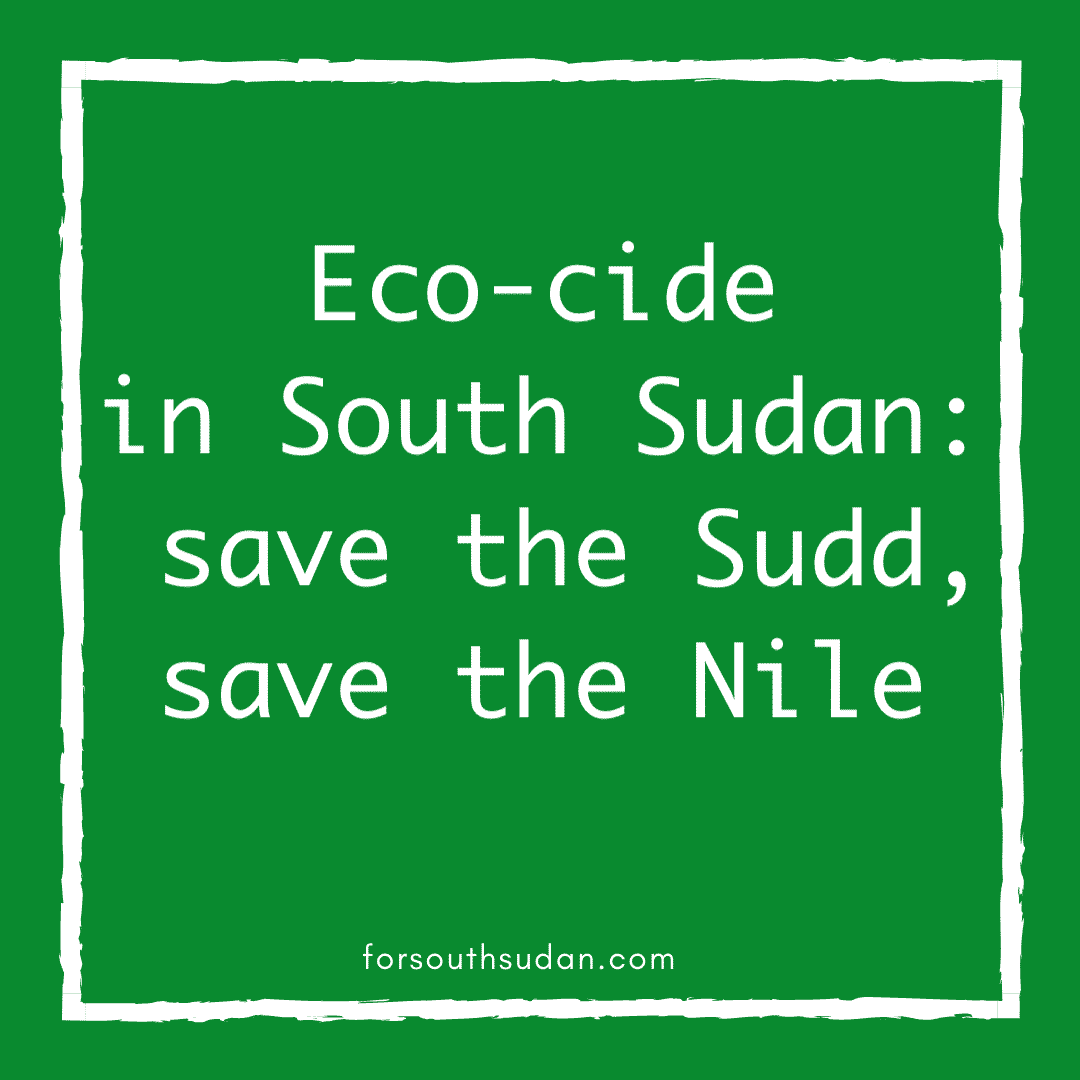 Save the Sudd (Africa’s Amazon), save the Nile – from oil pollution from South Sudan

Over the last two decades, a sheer unimaginable amount of pollution has issued from South Sudan’s oil industry.

Often referred to as “eco-cide”, this pollution – comprised of oil spills, leaks, wastes and chemicals – has seeped its way into South Sudan’s ground water and waterways.

Enclosed are the figures on this pollution – and on its horrifying effects of environmental and thus health health. One of these effects: 2.3 million children in South Sudan are lead poisoned, states UNESCO.

South Sudan’s waterways – including notably the White Nile – transport much of this pollution to and through the Sudd – the “Amazon of Africa” – destroying and degrading its huge array of biodiverse habitats in the process.

Once leaving the Sudd, the oil pollution proceeds upon its deadly path, poisoning the water consumed by 150 million people in the process.

Sign of Hope, the courageous German NGO, launched in 2008 a campaign to turn back this “Black Tide” of oil pollution – and to get millions of South Sudan the clean water, medical treatment and compensation for losses of land and life and livestock in the process.

It’s been a long and desperate fight.

South Sudan pledges to put an end to oil pollution