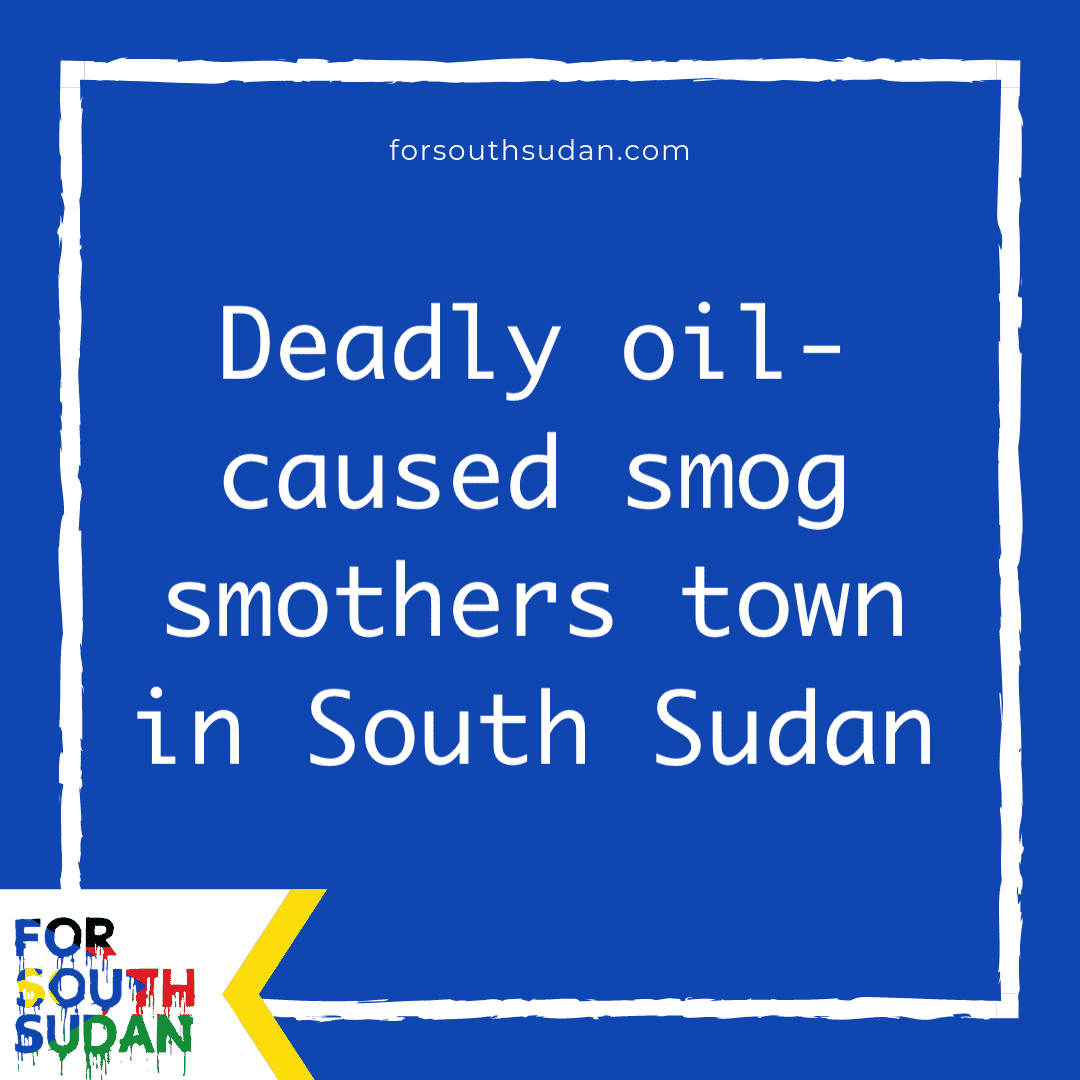 The drilling of an oil field in the vicinity of Bentiu, a town in northern South Sudan, has released a poisonous smog, report residents.

Benjamin Patrick, a pastor at Bentiu’s Church of Saint Paul, concurs. “Such pulmonary ailments are uncommon at this time of year, which is the dry season. These children’s ailment ensue from the smog. We’re not sure whether it results from oil pollution or gas flare-offs. Incontestable is that a large number of humans and livestock are experiencing difficulties in breathing,” he states.

This awareness of the link between the commencement of drilling and the issuance of smog is widespread in the town.

The smog has further increased the people of the region, who were already incensed by the local government’s lack of action – and the failure by the federal government and by the oil consortia to live up to its promises. These cover everything from the supplying of clean water throughout the region to giving the residents a 2% cut of oil revenues.

South Sudan is the world’s most suffering