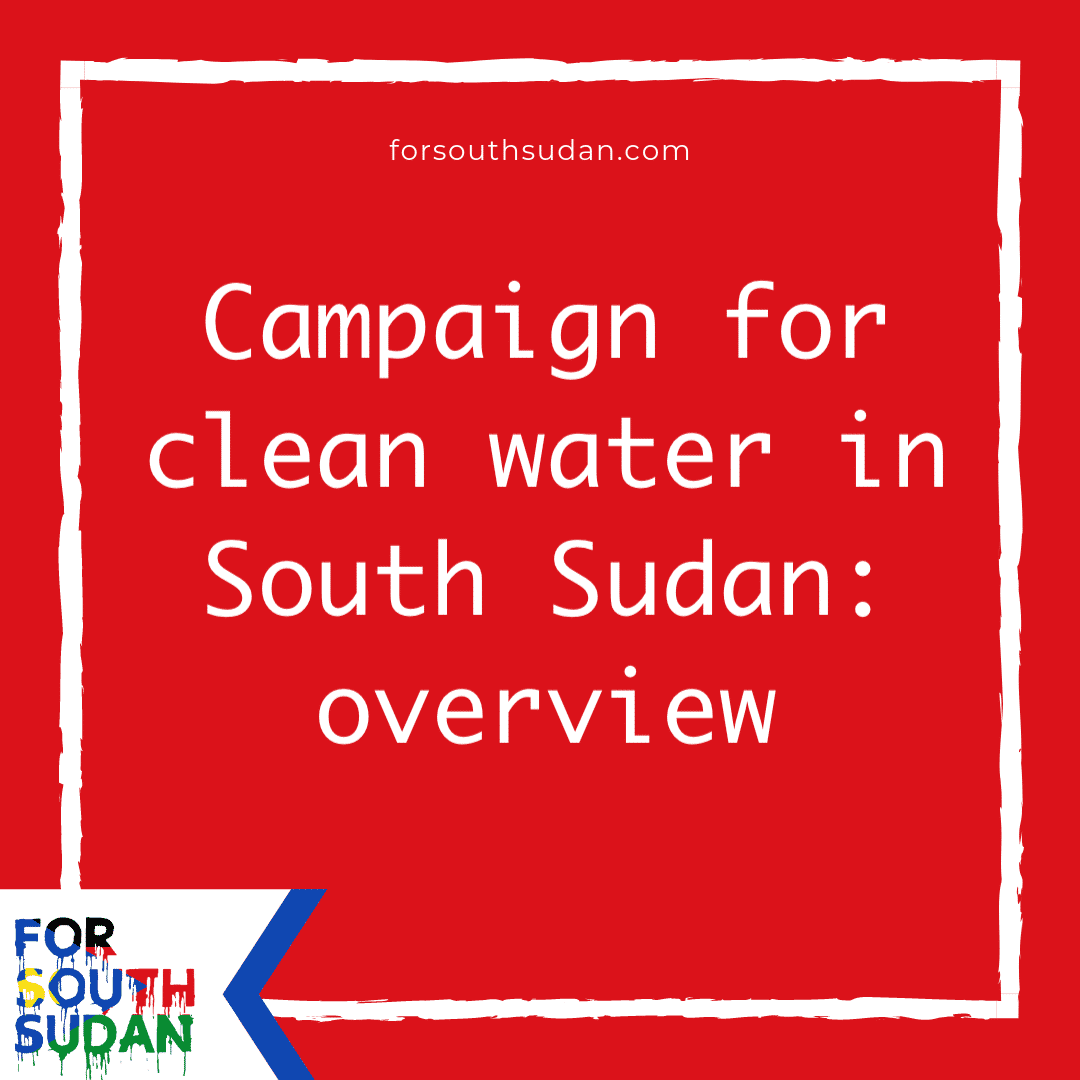 Campaign for the rights of the South Sudanese to clean water, for a healthful environment, and for lives of prosperity and dignity

Campaign against the “eco-cide” being perpetuated by oil companies and their allies in the government of South Sudan – and against the poisoning of environment and lives by oil spills, wastes, leaks, fires and chemicals.

A sheer unimaginable amount of pollution….

…. comprised of a wide variety of ultra-toxic materials

Crude oil, produced water, drilling fluids and ultra-poisonous chemicals and the minerals (lead) leached from the subsoil by them.

A horrifying large number of victims….

….with deadly and shocking ailments:

Oil pollution in South Sudan – where it’s coming from….

Ruptures of and leaks from dilapidated pipelines and obsolete or derelict processing facilities (and fires at the latter); seepage of produced water and other toxic fluids from inadequate, badly-maintained or non-existent treatment facilities; abandoned or badly-secured stocks of deadly chemicals.

…and where it’s going

Into aquifers, and from there, poisoning of ground water – and thus, via wells, consumption by humans and animals, and dispersion on to farmland.

Campaign for clean water in South Sudan: the people

Residents of oil regions, who have been overcoming hunger, destitution and oppression to assert their rights and interests in peaceful protests

https://forsouthsudan.com/young-protesters-in-south-sudan-defy-government-led-intimidation-we-will-take-the-fight-against-oil-pollution-to-the-courts Whistleblowers who have risked their lives and livelihoods to tell the world the horrific dimensions of oil pollution in South Sudan

including the Sudd Institute

Attorneys bringing lawsuits on behalf of the victims of South Sudan

Helped form networks comprised of activists, CSOs (civil society organizations) and media by providing them with a platform – forsouthsudan.com – for their reports and views

No abatement of issuance of oil pollution into environment, and thus a further deterioration of human and environmental health, with the Nile and the vast Sudd wetlands also being affected

Murder of two activists forming part of WeAreWitness networks; persecution and flight of other journalists and whisteblowers

Lawsuits bogged down in international courts