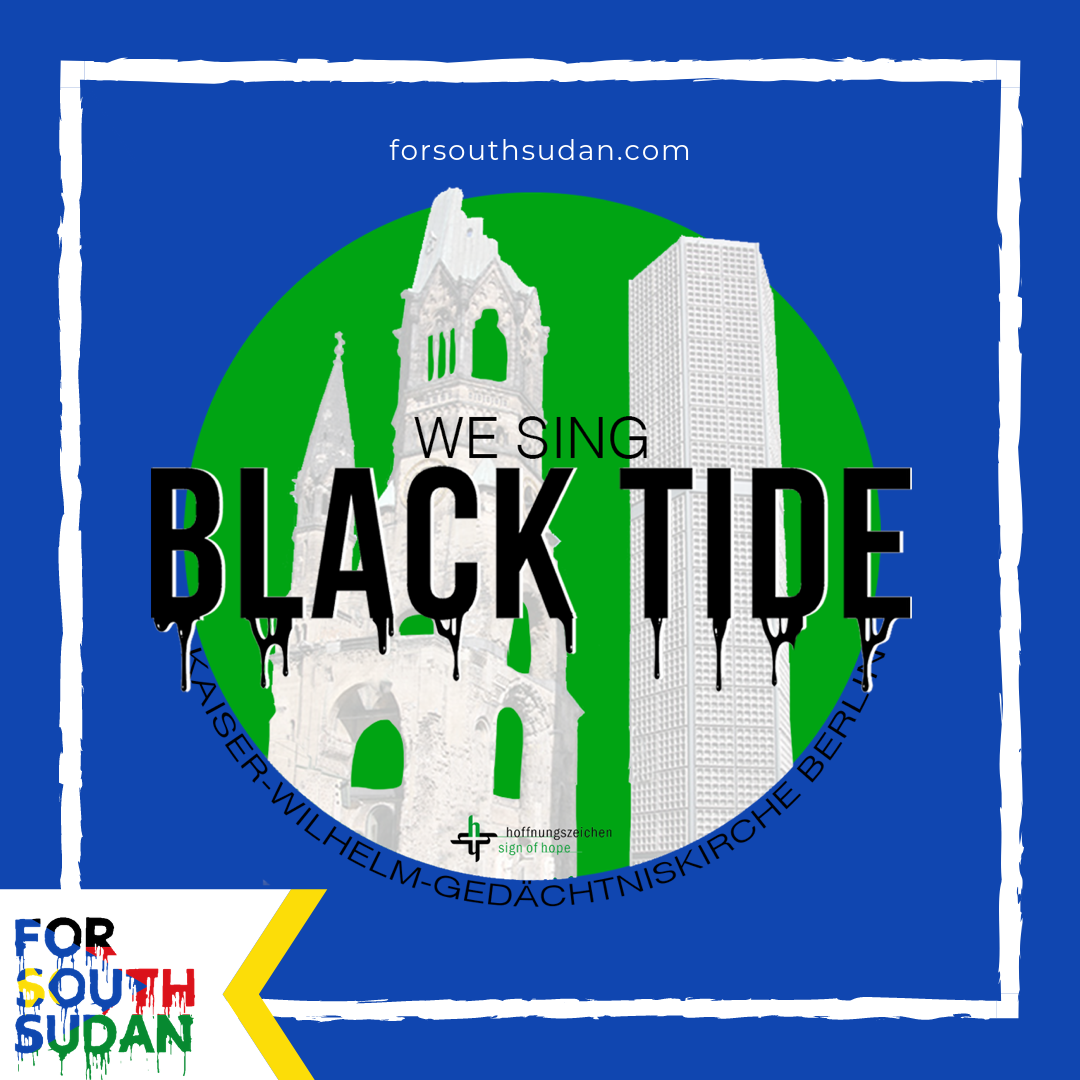 “Big Oil holds the world – its climate, its environment, and its economy – in a vice-like grip. This worldwide grip means that it’s going to take a worldwide movement to turn back the black tide of oil pollution – and to save the world’s water,” Klaus Stieglitz of Sign of Hope, the Germany-based NGO.

“And we at Sign of Hope are doing our best to further the mobilization of the world’s victims of the black tide,” Stieglitz concludes.

“Black Tide” emerged this spring from the people of South Sudan’s struggle to drive back the oil pollution flowing into their water and on to their land. Created by the AnaTaban artists’ collection, the powerful video went viral on the WhatsApp and other networks maintained by young Africans.

This success led a group of activists from Africa, Germany and elsewhere to perform “Black Tide” on September 30. Venue was a historic church in Berlin.

Eighteen days after that, “Black Tide in the Niger Delta” was released. This video graphically and eloquently shows the devastation wrought by decades of the black tide – oil pollution – upon the lives of millions of people living in the delta.

Black Tide in the Niger Delta