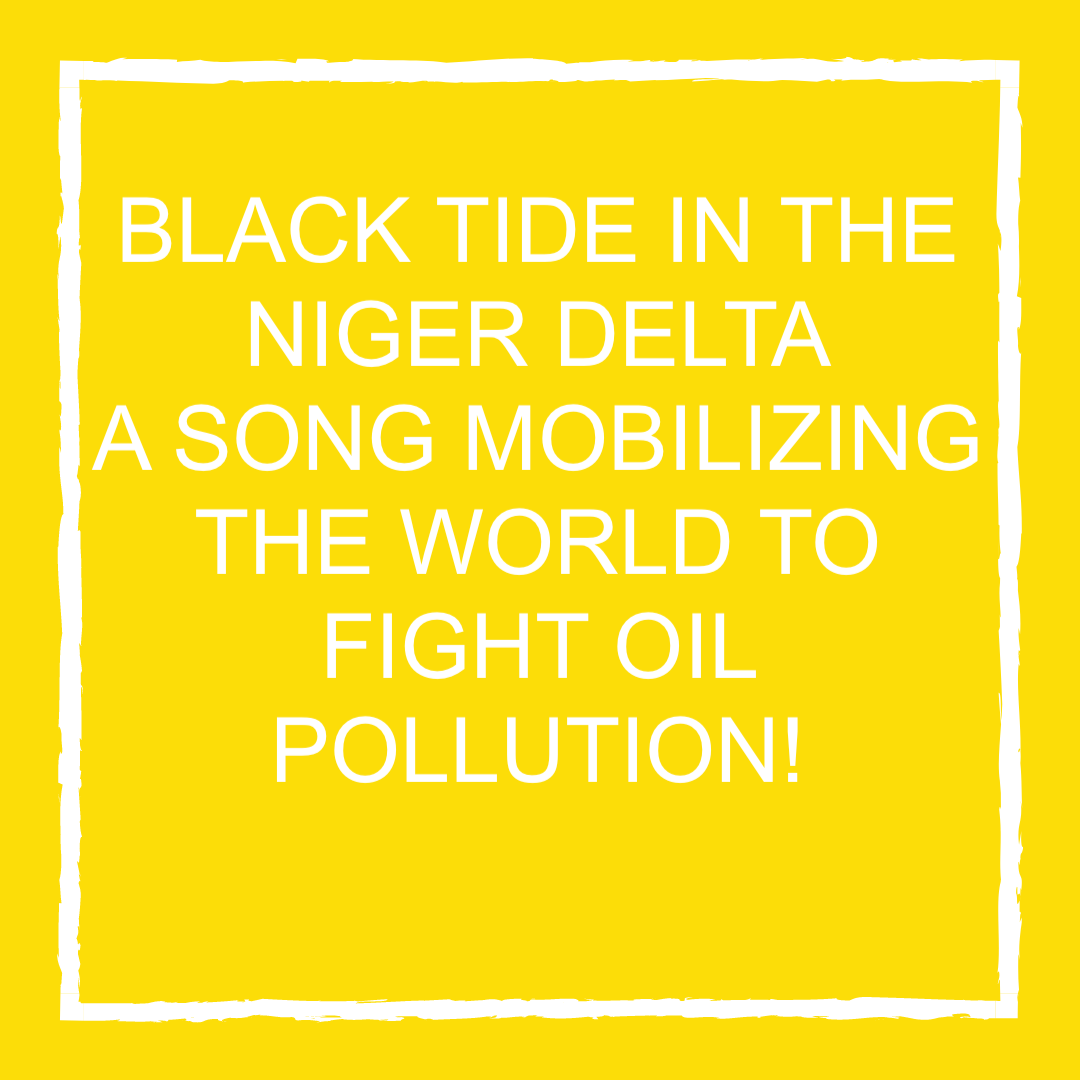 A song mobilizing the world to fight oil pollution!

“Black Tide” emerged this spring from the people of South Sudan’s fight to drive back the oil pollution flowing into their water and on to their land. Created by the AnaTaban artists’ collection, the powerful video went viral on the WhatsApp and other networks maintained by young Africans.

This success led a group of activists from Africa, Germany and elsewhere to perform “Black Tide” on September 30. Venue was the historic Kaiser-Wilhelm-Gedächtnis church in Berlin.

Eighteen days after that, “Black Tide in the Niger Delta” was released. This video graphically and eloquently shows the devastation wrought by decades of the black tide – oil pollution – upon the lives of millions of people living in the delta.

Nnimmo Bassey – the Nigerian peoples’ rights activist – was the force driving the creation of “Black Tide in the Niger Delta”.

“Our goal is to sing pollution to silence,” states Nnimmo. “Such cultural tools as music and poetry are the means to convey the harm being inflicted – by neocolonial and irresponsible parties – on poor communities in the Niger Delta.”

The Black Tide washing over the Niger Delta: key facts

Since the commencement in 1958 of the exporting of crude oil from Nigeria, an unprecedented amount has been spilled.

In one quarter century (1976-2001), there were 6,817 oil spills in the country. They spewed three million barrels of oil into the environment – nearly 70% of it maritime and another 25% wetlands. Of the oil spilled, more than 70% was not recovered.

The epicenter of oil-caused devastation in Nigeria is the Ogoni region, which is on the coast of Nigeria.

The Ogoni region and people: key dates and facts: