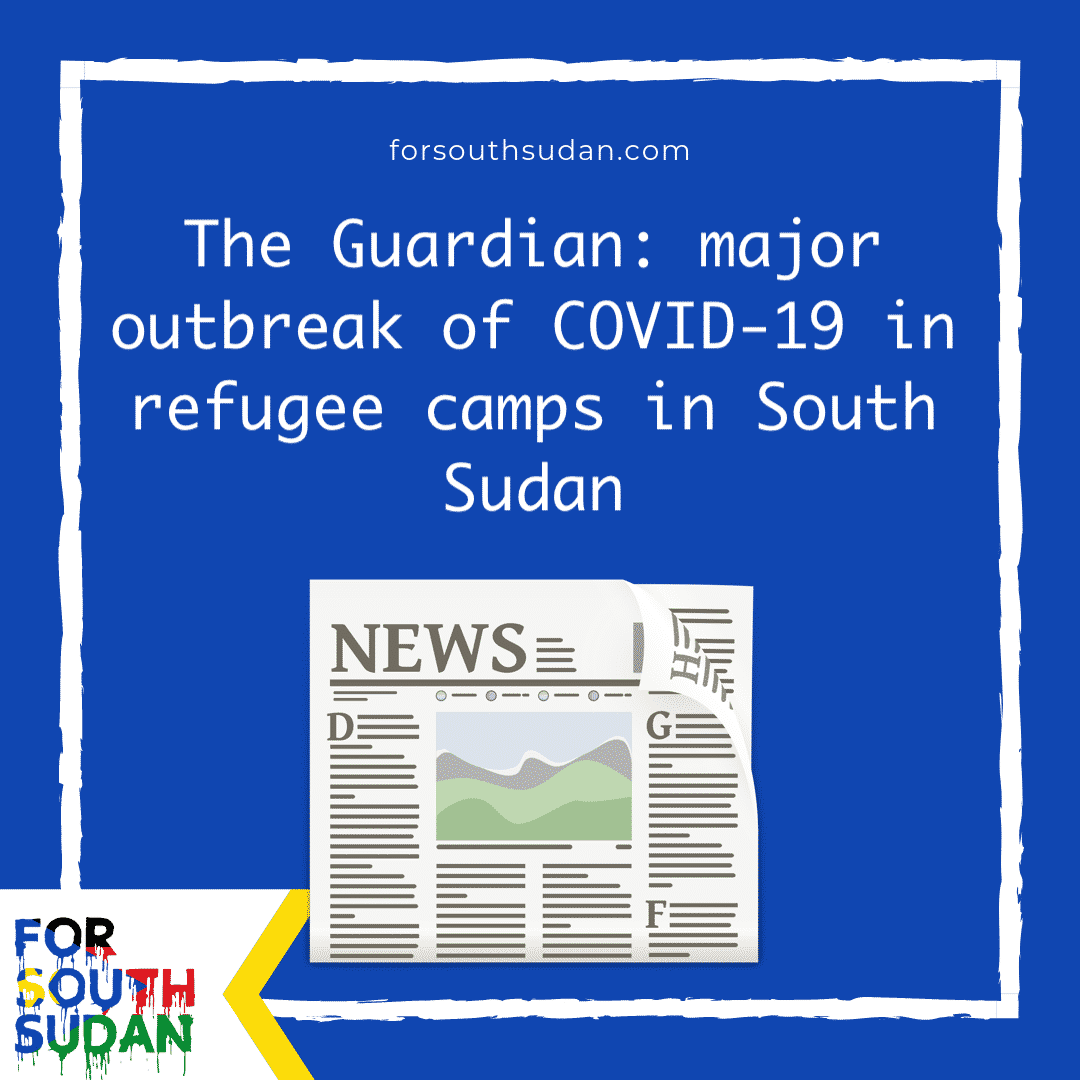 Please note: some five million of the 12 million residents of South Sudan live in densely-pack refugee camps. Some 97% of all South Sudanese living in cities are slum-dwellers.

“For the first time, Covid-19 has been confirmed in a crowded civilian protection camp in South Sudan’s capital, the United Nations said, a worrying development in a country that is one of the world’s least prepared for the virus spread.

The health ministry’s emergency preparedness manager, Dr Mathew Tut, said the two infected people at the camp inJuba were South Sudanese and in their 20s. South Sudan was one of the last countries in Africa to confirm a case of the disease and now has 174.

As of mid-April more than 190,000 people were still sheltering in several UN-run civilian protection camps across South Sudan, more than a year after a peace deal ended a five-year civil war. Nearly 30,000 are sheltering in Juba.

Aid workers in South Sudan have warned there is little more than isolation centers in place to treat people if the virus begins to spread in the crowded camps. The country’s health system relies on NGOs for almost all health services.

Most of the infected people so far have been treated at home instead of being isolated at the Dr John Garang Infectious Diseases Unit, which the WHO has said is being expanded from 24 beds to 80.

Last week the South Sudan Doctors Union expressed concern over the government’s decision to partly relax virus lockdown measures, saying it does not see urgency in doing so as the number of cases are rising.

Most cases in the past month were from local transmission, the union said.

South Sudan: face up to the consequences of oil exploration and exploitation