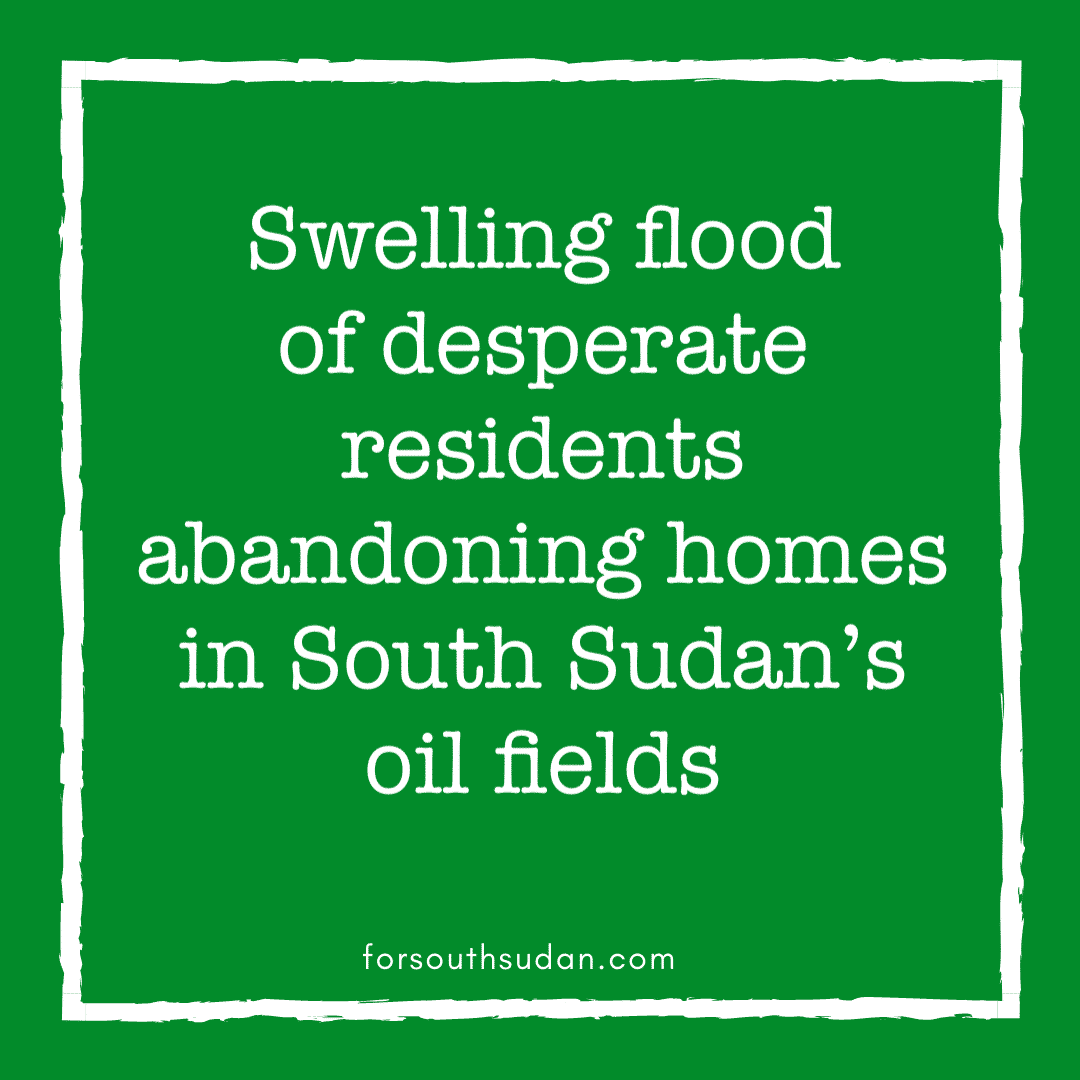 “Thirty people from seven households in our neighborhood alone abandoned their homes over the last week. They are heading for refugee camps. And that’s because their homes and land have been poisoned by oil and related wastes and chemicals. Our farmland no longer yields crops,” says ‘Abaker”, a resident of Paloch, an oil-rich area in northeastern South Sudan.

“And the lands that we own and farm are being taken from us, on a step-by-step basis, by encroaching oil companies, with these including Petronas of Malaysia. We have lost all hope,” he adds.

This loss of hope primarily stems from the government’s failure to live up to the promises made in late August to the residents. Rather than meeting their commitments, which were rendered to put an end to the demonstrations for clean water and against the Black Tide of oil pollution in the area, the government has resorted to the large-scale repression of what it perceives to be opponents.

“The government’s response to our asking them to keep their promises has been to harass and detain those voicing these demands. You are not even allowed to ask such simple questions as to where you could be relocated to, in cases in which your house is no longer habitable,” says ‘Jamach John’, another resident.

The question arises: where are residents of Paloch and other oil-producing areas heading to?

The answer is very sad: to Sudan, where these refugees will be treated as “undesirable aliens”, in the words of a South Sudanese tea vendor. She adds:

“There is simply no point in staying in our homes and in South Sudan. Our farmland is poisoned. We will never be able to feed ourselves. So we sell any belongings we have and head north,” she adds.