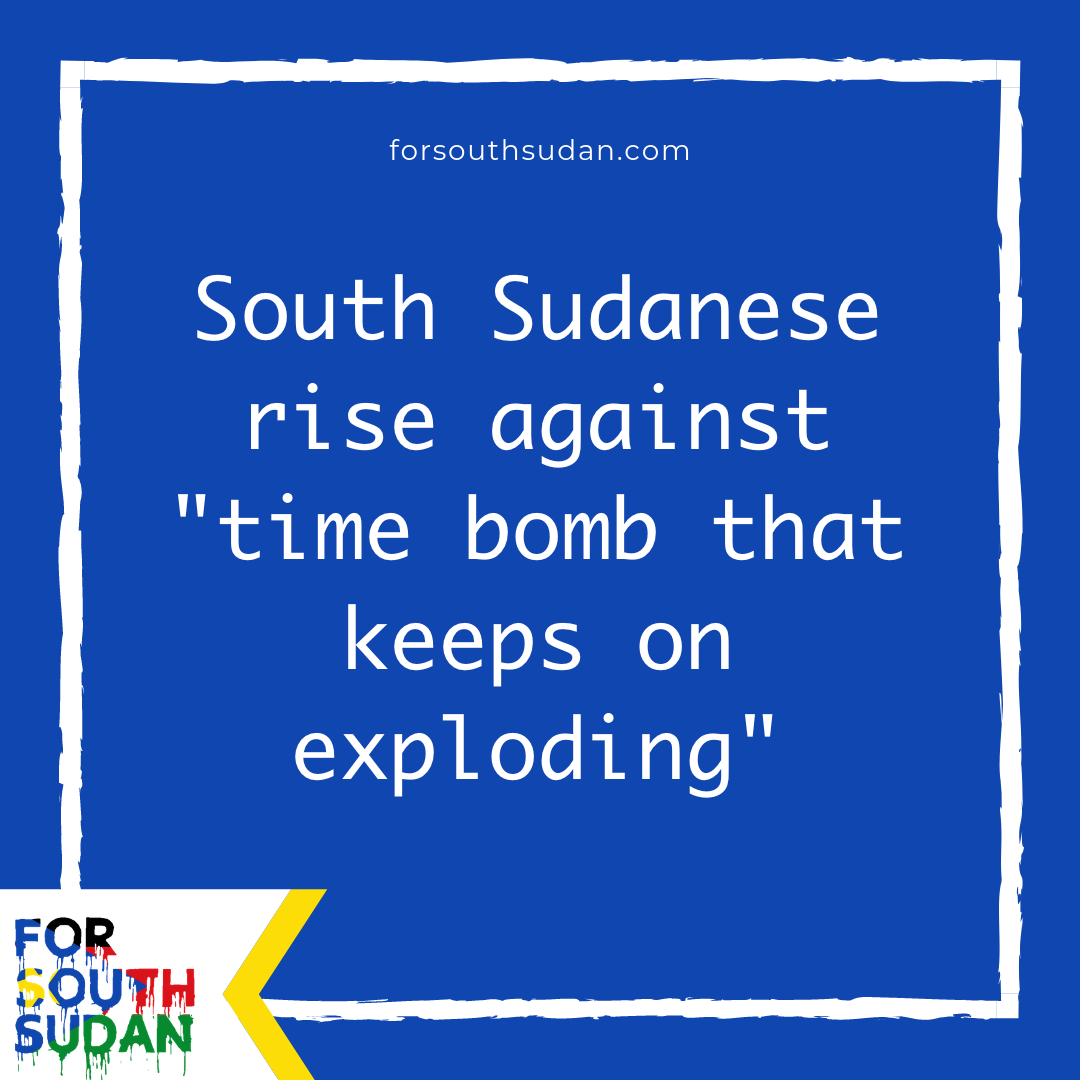 Two ruptures within a few kilometers of each other – and right after each other.

Ruptures that can be expected to re-occur in a corroded, out-of-date and badly-maintained pipeline labeled “the time bomb that keeps on exploding” in world media.

No wonder that the condition of South Sudan’s main oil pipeline is a subject of great worry and fear among the people living in its vicinity
– and around the leaky and fire-prone processing facilities.

No wonder that these people have lodged a lawsuit asking for at least $500 million in compensation for the “human rights violations by by oil companies that fail to maintain their pipelines, which have burst numerous times, spilling crude oil into surrounding land and water, causing irreparable harm in Ruweng, Northern Liech and Southern Liech states – a harm taking the form of deformities in newborns, children being born prematurely, and deaths,” reports Viola Elias of Voice of America in a recent article.

This concern has been stoked by the revelations contained in Sign of Hope’s report:

1.
South Sudan’s major, obviously dilapidated oil pipeline experienced a rupture in autumn that was not reported by the oil consortium responsible. Nor did the government disclose it. This break caused a major oil spill.

Even more troubling, this rupture come on the heels of a previous one – and was located a scant 6.4 kilometers away.

These two pipeline-caused oil spills encompassed 30,000 m² and amounted to six million liters – with attendant and horrific effects on the environment.

This frequency and severity of pipeline ruptures is behind Sign of Hope’s demand: “Shut down the polluting pipeline.”

The detection, verification and documentation of these oil spills are products of the process being pioneered by Sign of Hope, which has long been the seminal source of hard facts on oil’s pollution of water and health of humans and the environment in South Sudan.

Sign of Hope’s approach takes the latest in advances in satellites-based reconnaissance and teams them up with GPS-wielding on-ground “pollution detectives”. The result is a new and greater ability to identify and quantify the oil spills, leaks and fires plaguing South Sudan and 99 other countries.