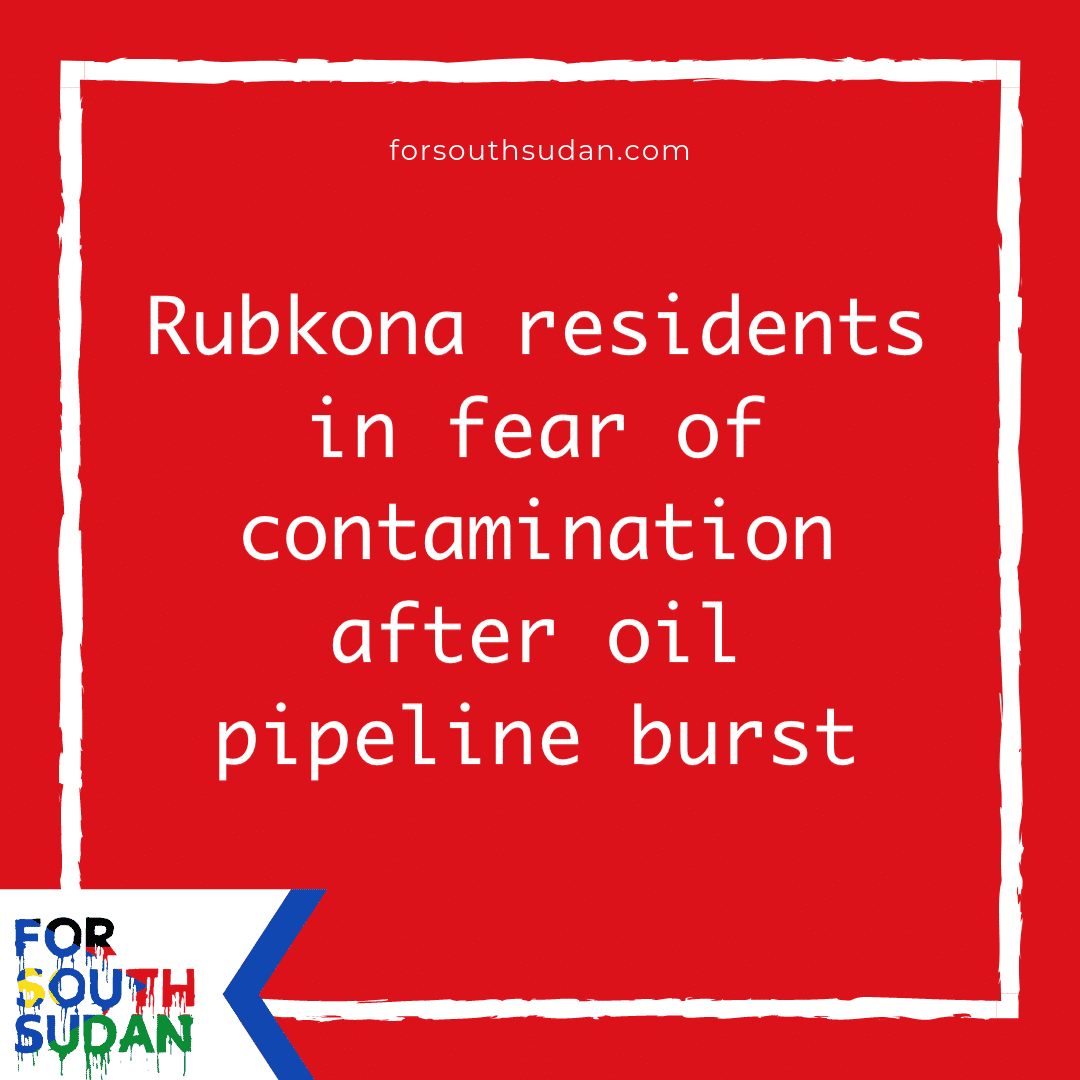 Rubkona residents in fear of contamination after oil pipeline burst

An official from Unity State Information Ministry says communities there are living in fear after an oil pipeline in Rubkona oil field ruptured five days ago.

The crude oil linkages are said to have lasted for two days before the communities realized and reported the matter to the company.

Block 5A oil field is managed by Greater Pioneer Operating Company or GPOC.

According to Kang Bol – director general at Unity State’s information ministry – the leakages that covered over 4 km square area were later stopped.

The spill, Kang explained, was related to an old pipeline that took long without replacement.

Speaking to Eye Radio on Wednesday, he stressed that with continuous rainfall and flooding, communities are at risk of oil contamination.

“There is a threat. It has already been happening and communities around the area have been reporting stories of children and women being affected,” Kang stated.

There have been reports of oil pollution in oil producing areas, including Ruweng, Northern Liech, Southern Liech and Northern Upper Nile.

There has been also reports of outbreak of diseases related to environmental pollution, with stillbirths and deformed newborns as symptoms of the conditions in the oil-producing areas.

Last year also, governors in Upper Nile region called for the review of oil contracts that were signed with oil companies before the independence of South Sudan.

They argued that, some of the agreements signed under the Sudanese government had not factored in the environment, and the welfare of the ordinary South Sudanese living around the oil fields.