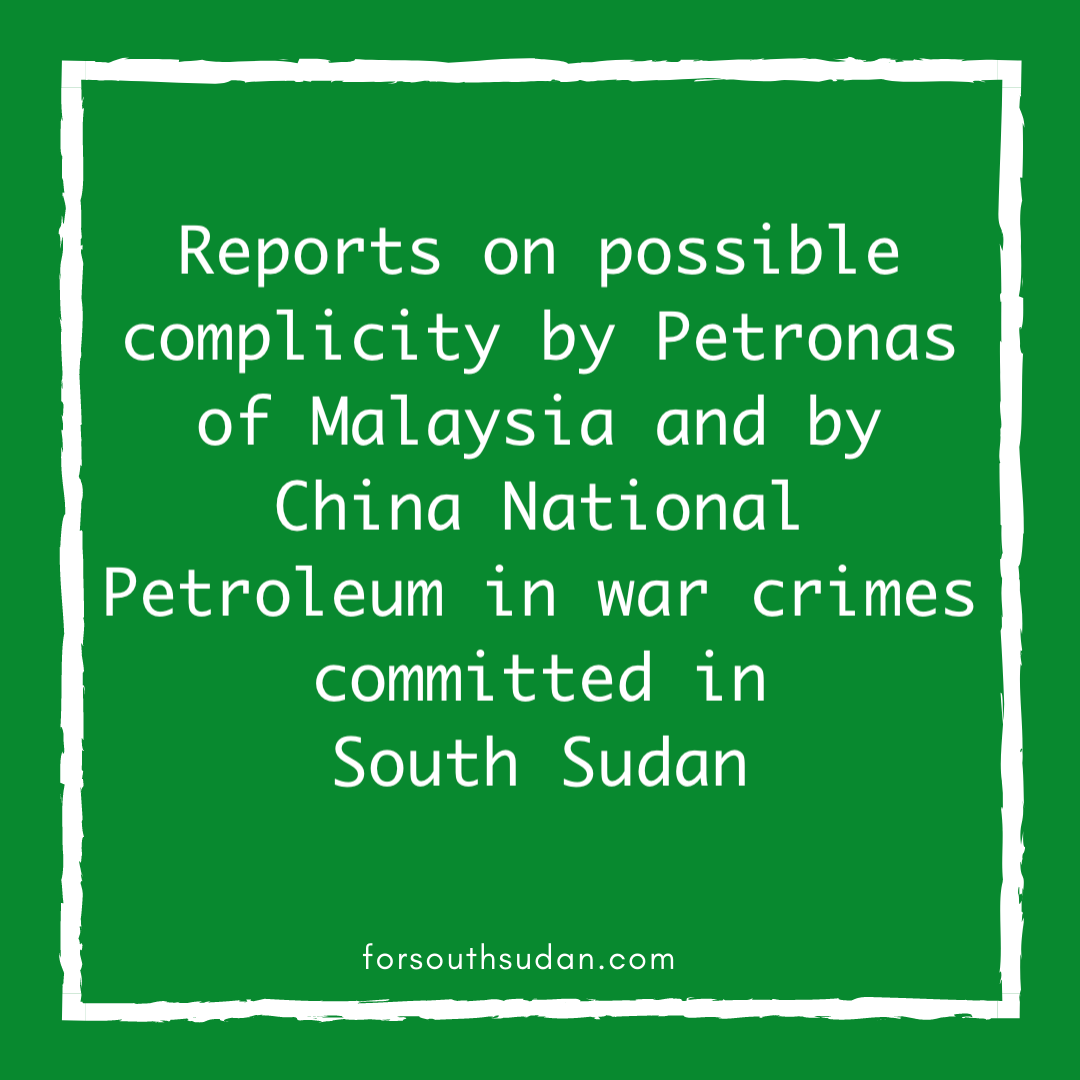 A U.N. panel is raising alarm over reports of ongoing mass atrocities in South Sudan. Experts say oil companies in the resource-rich region could be complicit in war crimes.

Andrew Clapham: “There are thousands of civilians who have been forcibly displaced following a scorched-earth policy, in which the parties to the conflict are attacking the villages, torching the homes, killing civilians and raping women and girls. … If you are involved in oil extraction in that area and you are asked to assist one side or the other, you could be accused of complicity in war crimes.”

The Dar Petroleum Operating Company, a consortium primarily run by two state-owned oil corporations from China (China National Petroleum) and Malaysia (Petronas), “provided material support” to pro-government militias that have been accused of targeting civilians and U.N. sites in attacks, according to documents cited in the report. Dar Petroleum in one instance also covered a $686,000 hotel bill for South Sudan’s then-oil minister, Ezekiel Lol Gatkuoth, according to documents obtained by the Sentry. Gatkuoth was fired in June, reportedly over corruption allegations.