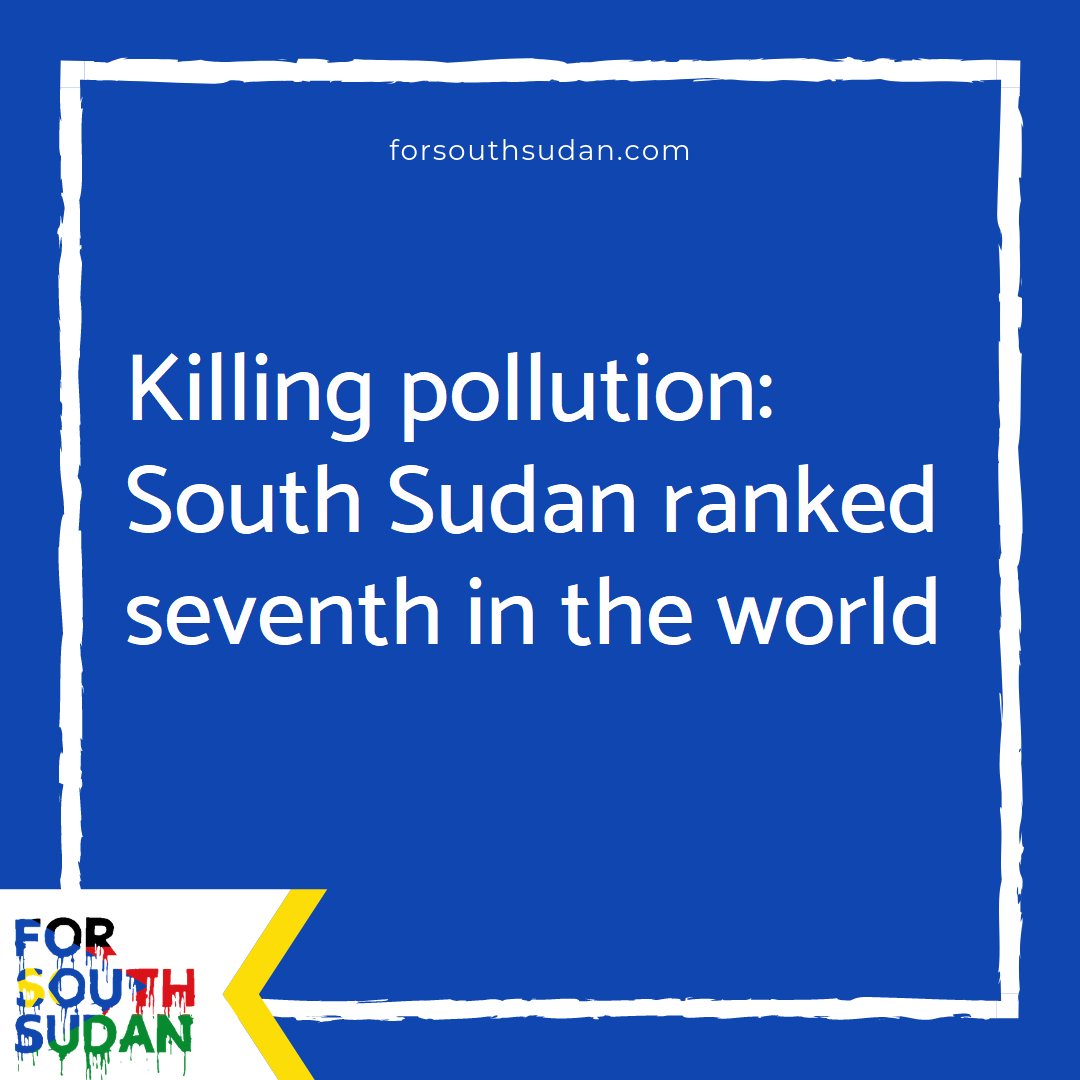 South Sudan has the 7th highest rate of pollution-caused premature deaths in the world, states an authoritative study.

Oil pollution is undoubtedly a major cause of these troubling findings, which confirm the data released by pollution.org, by the Lancet, by the WHO and by further scientific and health bodies.

Recently released by the Global Alliance in Health and Pollution (GAHP), “2019 Pollution and Health Metrics: Global, Regional and Country Analysis” reported that South Sudan had 180 per 100,000 people pollution-caused premature deaths in 2017.

Since the last two years featured an ever-greater rash of oil spills, leakages and fires in South Sudan, and since the oil and oil wastes-produced lead, deadly chemicals and other toxins lodged in the country’s groundwater and on its land continue to accumulate and affect unabated, the forthcoming years’ studies may well place South Sudan at the top of these undesirable rankings.

As the GAHP notes, “pollution kills three times as many people a year as HIV/AIDS, tuberculosis, and malaria combined – and “15 times the number of deaths caused by war and other forms of violence each year.”

“We will put an end to oil pollution”