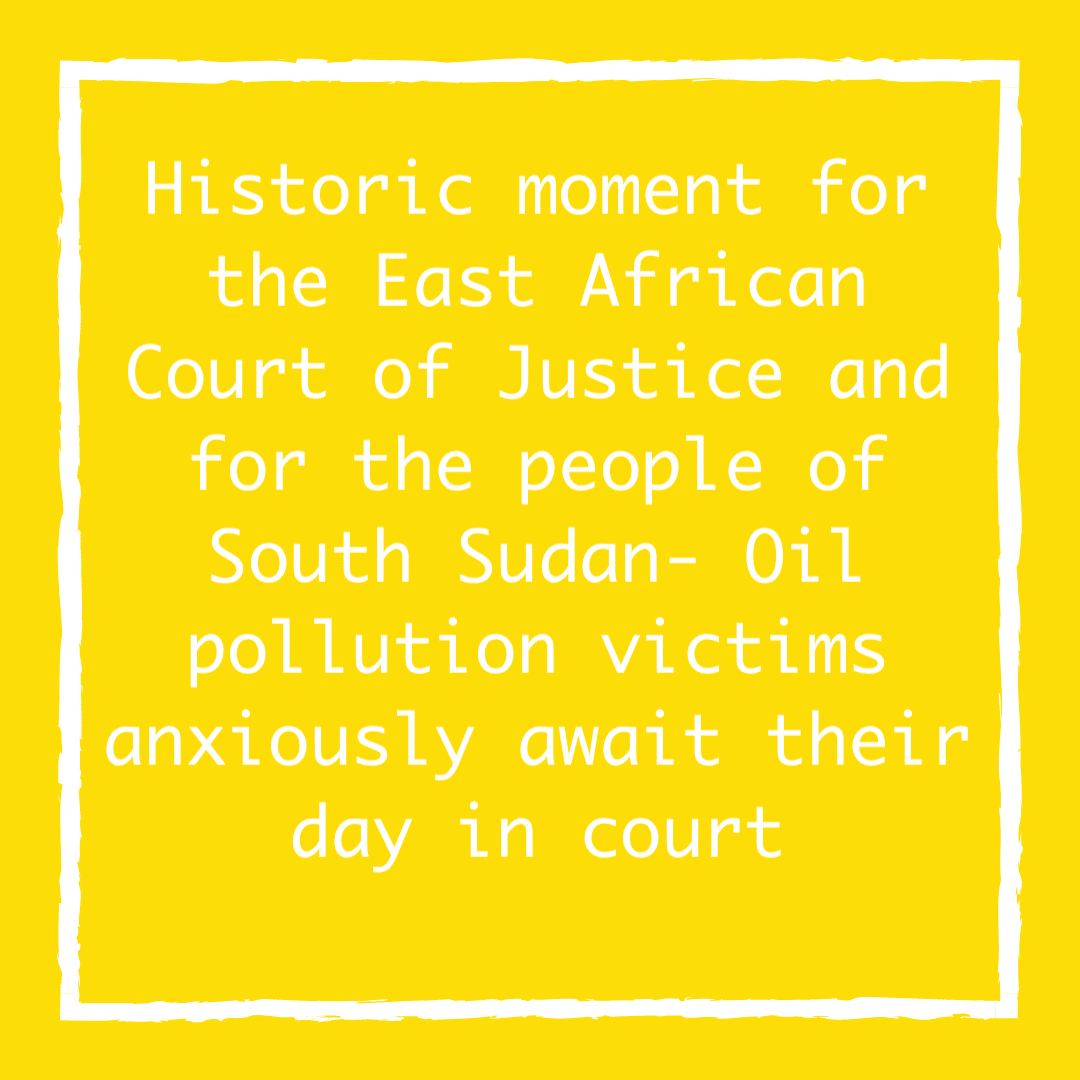 Two motions on the docket of the East African Court of Justice have the capabilities to be game-changers for the hard-pressed people of South Sudan – and Africa in general.

One motion would immediate relief – via an injunction on the production and transporting of oil in South Sudan – for the hundreds of thousands, perhaps even millions of victims of the onslaught of poisons and other forms of oil pollution devastating their water, land, lives.

The other motion would grant these victims some of the compensation – demanded is $720 million – needed to rebuild their lives.

The two cases reveal the scope of the powers granted to this unique body of jurisprudence.

“These powers are in fact unique among the transnational institutions of justice. The EACJ has a much wider scope and specificity of jurisdiction than such other transnational bodies as the European Court of Human Rights,” states Wani Santino Jada, the attorney who lodged the above motions on behalf of the people of South Sudan.

“The precedence of EACJ’s rulings over those of national legal systems guarantees their being effectively enforced,” adds the attorney.

“It is the EACJ’s powers – and its reputation for integrity – that are causing the hundreds of thousands, perhaps even millions of victims of oil pollution in South Sudan to anxiously await the Court’s disclosure of the dates for its consideration of these two vitally-important motions,” states Kor Chop Leek, chair of the Sudd Environment Agency and a medical services professional stationed in the northern South Sudan’s Unity state.

“The EACJ will be our savior,” is one of the lyrics of a song sung by victims of oil pollution at their massive, non-violent demonstrations now ongoing in the state.

“The only question is ‘when’?” was the next line in the song.

“The fact of the motions’ being brought was one trigger of the demonstrations,” states Joseph Oduha, the acclaimed investigative journalist from South Sudan. “The motions gave heart to the victims of oil pollution to rise above their hunger, thirst and fear. The EACJ showed them that the world is paying attention, does care whether they live or die.”

The East African Court of Justice: a briefing

Founded in 1999 by the East African Community to serve as the “supreme court” for its members – Burundi, Rwanda, South Sudan, Tanzania and Uganda.