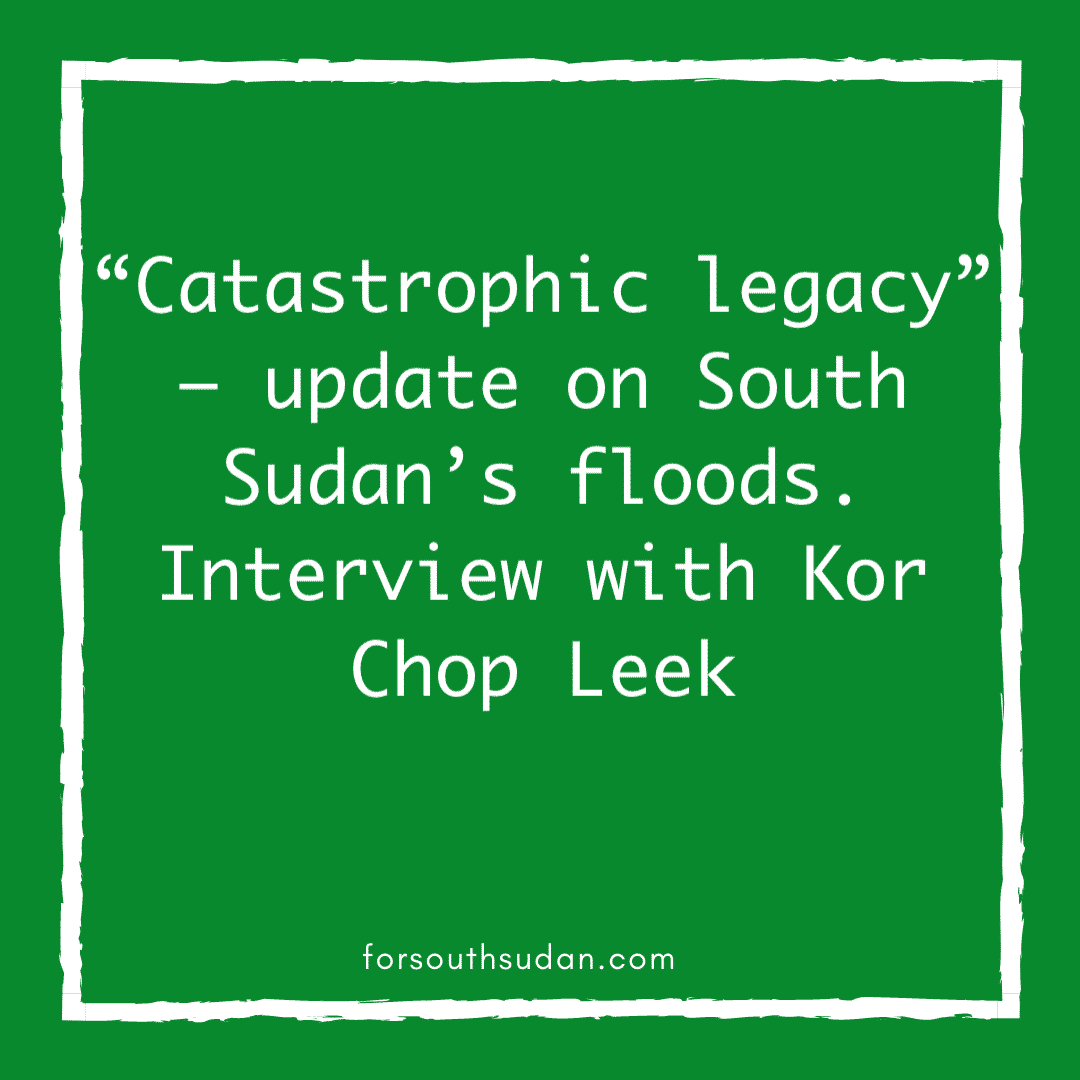 Kor Chop Leek is chair of the Sudd Environment Agency and a medical services professional stationed in Mayedit, a town in South Sudan’s Unity state.

What is the status of the floods in South Sudan? Have they receded?

Kor Chop Leek:The floods have not yet receded. The flooding is still serious and devastating. In the northern Unity State counties of Rubkonna, Pariang, Abiemnom and Mayom, the Nile is still rising. It is still raining hard.

Is there any indication whatthe state of the environment will be in the post-floods era?

Kor Chop Leek: The situation is very worrying. The floods have destroyed farms and houses, and spread oil spills throughout the environment.

The flooding will definitely leave a catastrophic legacy. It will aggravate the damaging of resident health, livelihoods and environment. The floods have spread waterborne and moisture-facilitated diseases, and increased the number of snake bites. Large numbers of people lack food, shelter and other basics of life.

One point must be made clear. Decades of oil pollution had already seriously contaminated the environment in South Sudan. The flooding has made the clean-up more urgent

How have the demonstrations in South Sudan against oil pollution been affected by the floods?

The floods haven’t really changed the situation. The people of Paloch, a community in the Upper Nile state, are still waiting for the government of South Sudan and the oil companies to respond to their demand. Same holds true in Unity state, and specifically in Pariang and Rubkona counties.