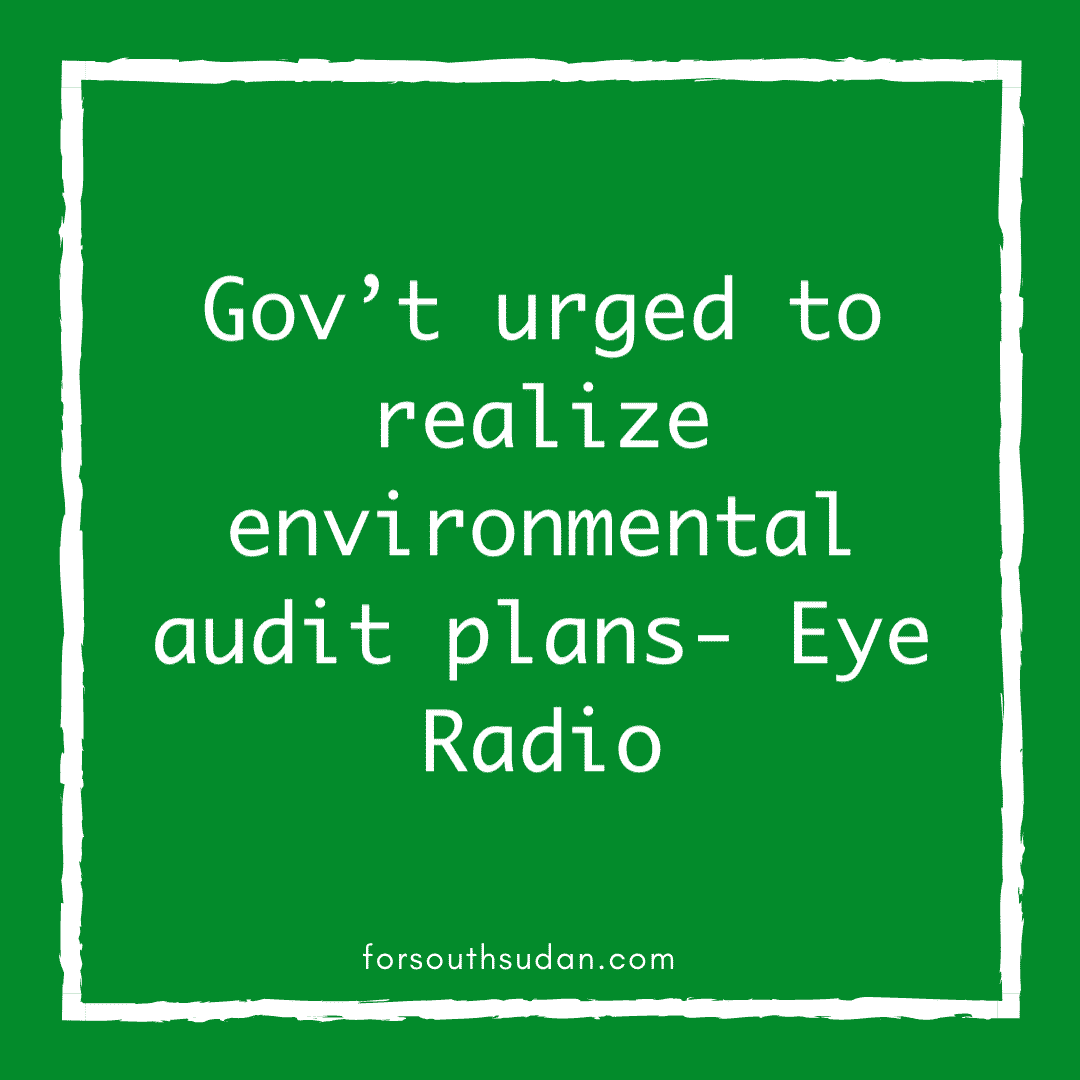 A health expert has called on the government to speed up an environmental audit in oil-producing areas amidst an increasing number of children born with deformities.

Residents and officials from oil-producing areas have been complaining about pollution that is causing infant disfigurements, miscarriage, and death during delivery.

They also reported the loss of their livestock because of contaminated waters.

In early 2020, the SUDD Institute documented 13 cases of babies born with deformities in Melut, Ruweng and Rubkona.

This is even after the Ministry of Petroleum announced plans to conduct an environmental audit to inspect the impact of pollution on the land and the people.

“Any oil spill that is out there needs to be cleaned up. People need to be given access to clean water so that they don’t consume water that is contaminated,” argues Dr. Bior Kuer Bior, executive director for Nile Initiative for Health and Environment.

“Their cattle and goats have to be given access to clean drinking water. If there is also a need to resettle people outside oil fields, it will be better.”

A research conducted – last year – by a German organization, Sign of Hope, found that more than 600, 0000 South Sudanese people who live near oil fields use water that is contaminated by the oil companies.

This is contrary to the South Sudan Petroleum Act 2012 which says oil production activities should be done in a manner that ensures a high level of health and safety for the people and the environment.

“Rising at an alarming rate”