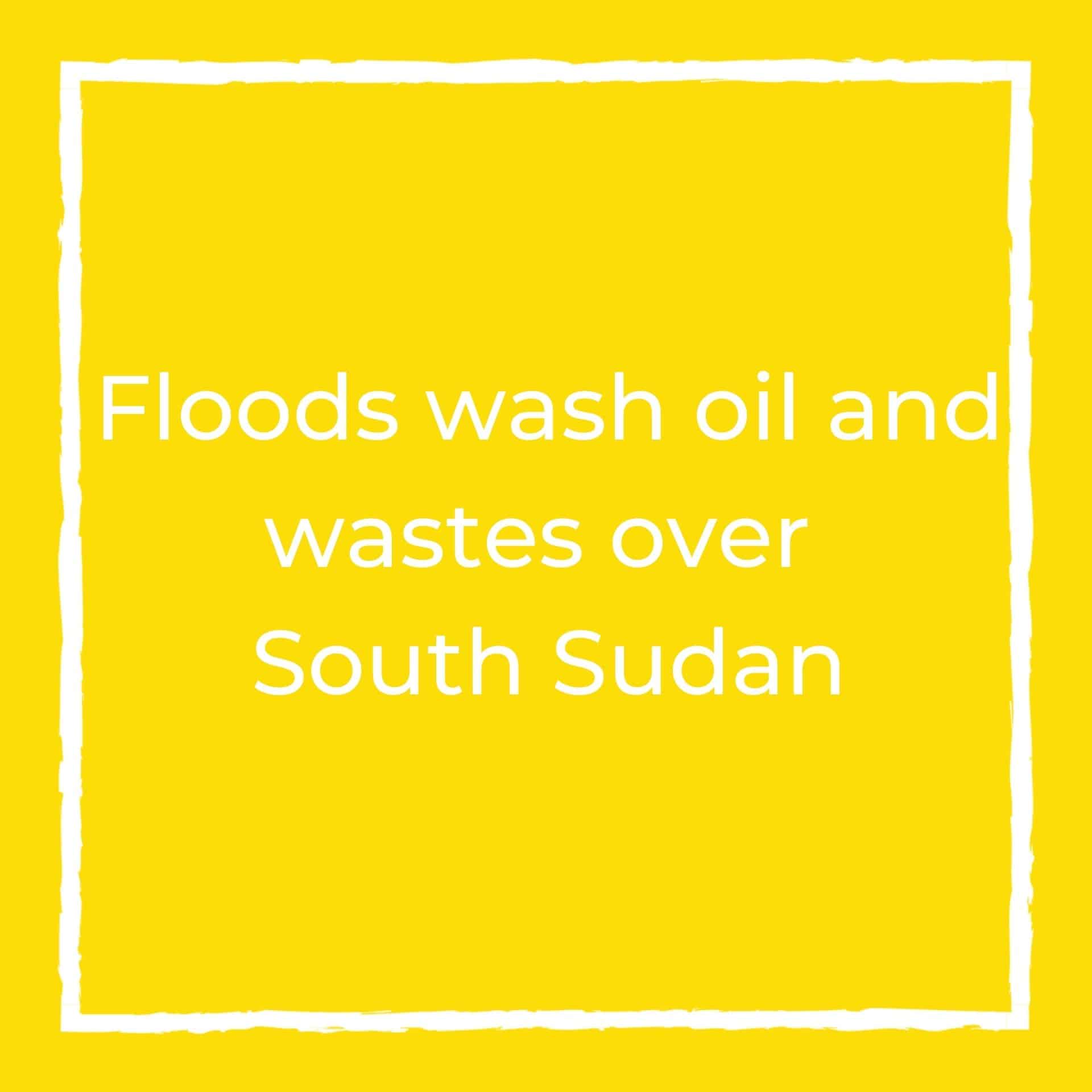 Disaster with no response by government

These have been with devastating force, displacing thousands from their homes, and destroying farms and drowning livestock in the process. Hunger – already endemic and chronic in the region – is becoming a grim certainty.

The international community has been quick to respond. They have pledged to dispatch millions in emergency aid.

But not the government of South Sudan, which failed to make the preparations necessary to effectively deal with the flood – and whose response is to pay the current crisis a total lack of attention.

The result of this callous unconcern: the floods promise to be the most destructive in the history of the region.

Especially because of where the flood waters have reached: the country’s oil fields, facilities and pipelines.

The waters have essentially shut down oil pumping operations. The waters have also allegedly caused ruptures of the notoriously badly-maintained and dilapidated pipelines. Even worse: the waters have swept into the thousands of ponds filled with produced water (containing waste oil and chemicals), spreading their noxious contents over South Sudan’s farm lands and into its ground water.

This exacerbation of decades of contamination will further the poisoning of human and environmental health.

These badly-protected and maintained facilities are operated by two consortia: Dar Petroleum and by Greater Pioneer Operating Company, both of whose major shareholders are China National Petroleum Corporation and Petronas, Malaysia’s state–run energy giant.

This desperately bad and worsening situation led the people of Paloch, a community located in the midst of the oilfields in northern South Sudan, to stage a round of PEDs (peaceful environmental demonstrations).

What the people were (and are) protesting:

no clean water – all contaminated by oil spills, leaks and wastes

lack of good schools and roads and other essentials of development

no compensation for this and other oil-caused suffering

Similar demonstrations were staged in the Pariang administrative area and in Rubkona county of Unity state.

This oil-caused suffering prompted Hope4Humanity Africa, a South Sudan-based unty of Unity State, to lodge a lawsuit against South Sudan’s oil consortia in the East African Court of Justice. Hope4HumanityAfrica is asking for $720 million in compensation on their path.

South Sudan’s short life has been marked by oil-driven conflict, corruption and pollution – and thus death and suffering on the part of the country’s inhabitants.

To rectify this situation, the author is calling upon the oil companies to:

The author is a concerned South Sudanese citizen who is currently based in Unity State. Contact him at korpuoch@gmail.com

South Sudan: face up to the consequences of oil exploration and exploitation