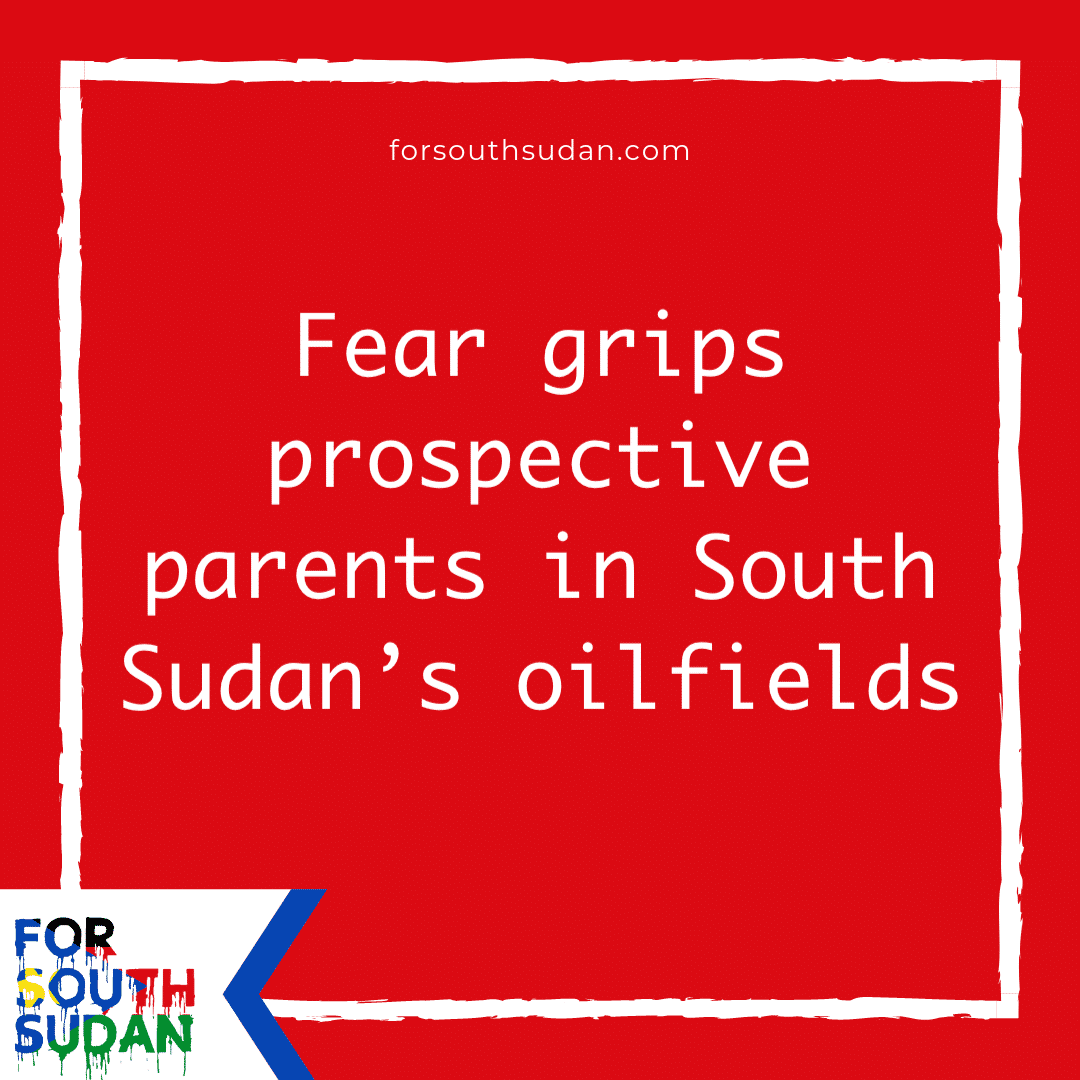 Four deformed babies were born during it in this community in northern South Sudan.

The four were brought to the local clinic for treatment. Physicians told the infants’ parents that there were nothing to be done to save them. The infants were lacking the orifices necessary for survival, reports the physician treating them.

This occurrence is becomingly increasingly common, state parents in Paloch, which is located in the middle of the huge oil field of the same name.

The parents have no doubt as to what is causing these horrible deformities. “DPOC has a lot to answer for,” says a local mother, speaking anonymously for reasons of self-protection.

DPOC stands for ‘Dar Petroleum Operating Company’, and it is one of the two main oil producing and transporting consortia in South Sudan.

“Our homes were rebuilt on ground contaminated by DPOC’s drilling for oil,” report local residents.

“Rebuilt” – because residents had been expelled from their homes by “economic cleansing”, in which oil companies reportedly paid South Sudanese armies and militia to drive off the residents, so as to have free hand while exploring for and drilling oil. Another factor causing residents to flee for their lives: the warring among these armed bodies for control of the lucrative oil fields.

The Comprehensive Peace Agreement signed by these bodies encouraged many of these refugees to return home to rebuild their lives and homes.

The returning refugees reconstructed their huts on plots that had been in the meantime contaminated with heavy metals and ultra-toxic chemicals, in many cases.

“How can we go on living here, when we know that doing such is poisoning our bodies and the children we give birth to?” asks a further resident.

“The abnormalities that oil contamination is causing in our children is making us desperate with fear. That this fear is justified is to be seen in the babies borne last week. We are totally worried and anxious,” says Elizabeth Nyagok, a cousin to to one of the victims.

The deformities are bringing many residents to strive to give up having children.

Paloch’s residents have a highly pertinent question. “Why don’t we hear about such deformities occurring elsewhere? Other oil fields – in South Sudan and neighboring Sudan – must have the same levels and severity of contamination,” states Elijah Matooc, a local commercial official.

One simple solution to the residents’ problems would be to relocate them to sites that have been proven to be free of contamination. Another would be for the oil companies to pay the residents to remediate their lands, and to provide them with the equipment and supplies requisite to do such.

In fact, the government and the two main oil consortia have repeatedly promised the residents to do such. They have never lived up to their commitments.

This failure led to August 2020’s uprisings throughout the state of Unity. The uprisings gave rise to the issuing of a 10-point plan to meet resident needs..

To date, there has been absolutely no evidence of any of the points’ being implemented.

“The government is well aware of what is going on in our area. Several authoritative reports have been issued on the effects of oil pollution upon human and environmental health. Despite this awareness, the government never responds,” says a resident of Paloch, adding “we have lost hope in the government – and are losing hope in the judiciary.”

The resident is referring to the lawsuits brought on behalf of the victims of oil pollution in South Sudan in the East African Court of Justice.

“No one is safe from tampering by the government or the consortia. Neither attorneys nor the judicial system itself,” states the resident resignedly.