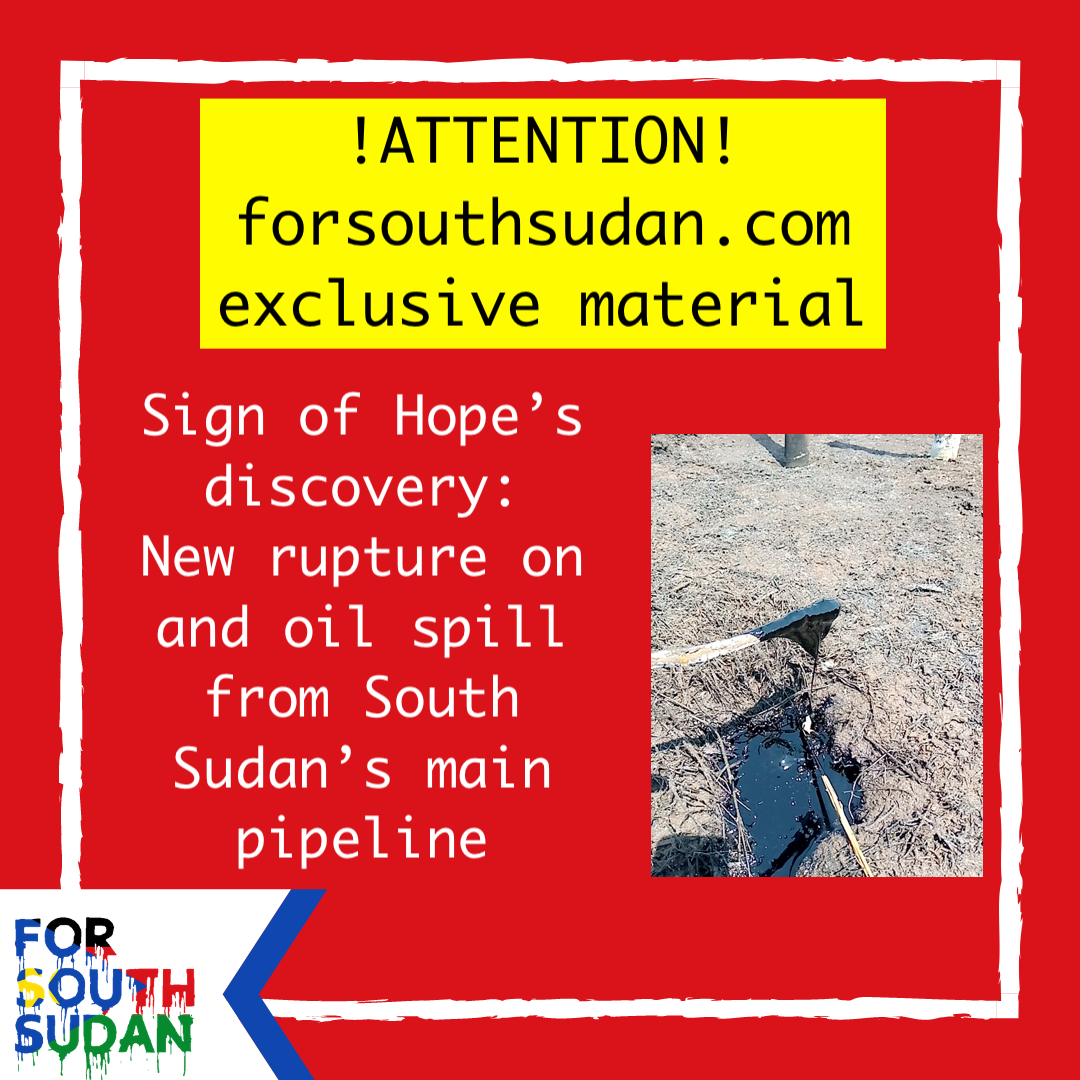 South Sudan’s major, obviously dilapidated oil pipeline experienced another rupture. This break caused a major oil spill. Neither the rupture nor the spill nor the frenzied attempt at cleaning it up were reported by the oil consortium responsible. Nor did the government disclose it.

Coming on the heels of a first one – which was in its immediate vicinity – this rupture shows why South Sudan “polluting pipeline” has to be immediately shut down.

These two pipeline-caused oil spills encompassed 30,000 m² and amounted to six million liters – with attendant and horrific effects on the environment. These are the findings of Sign of Hope’s study “Causing a Black Tide of Oil – South Sudan’s Polluting Pipeline”, which was released today.
This frequency and severity of pipeline ruptures is behind Sign of Hope’s demand: “Shut down the polluting pipeline.”

The detection, verification and documentation of these oil spills are products of the process being pioneered by Sign of Hope, which has long been the seminal source of hard facts on oil’s pollution of water and health of humans and the environment in South Sudan.

Sign of Hope’s approach takes the latest in advances in satellites-based reconnaissance and teams them up with GPS-wielding on-ground “pollution detectives”. The result is a new and greater ability to identify and quantify the oil spills, leaks and fires plaguing South Sudan and 99 other countries.