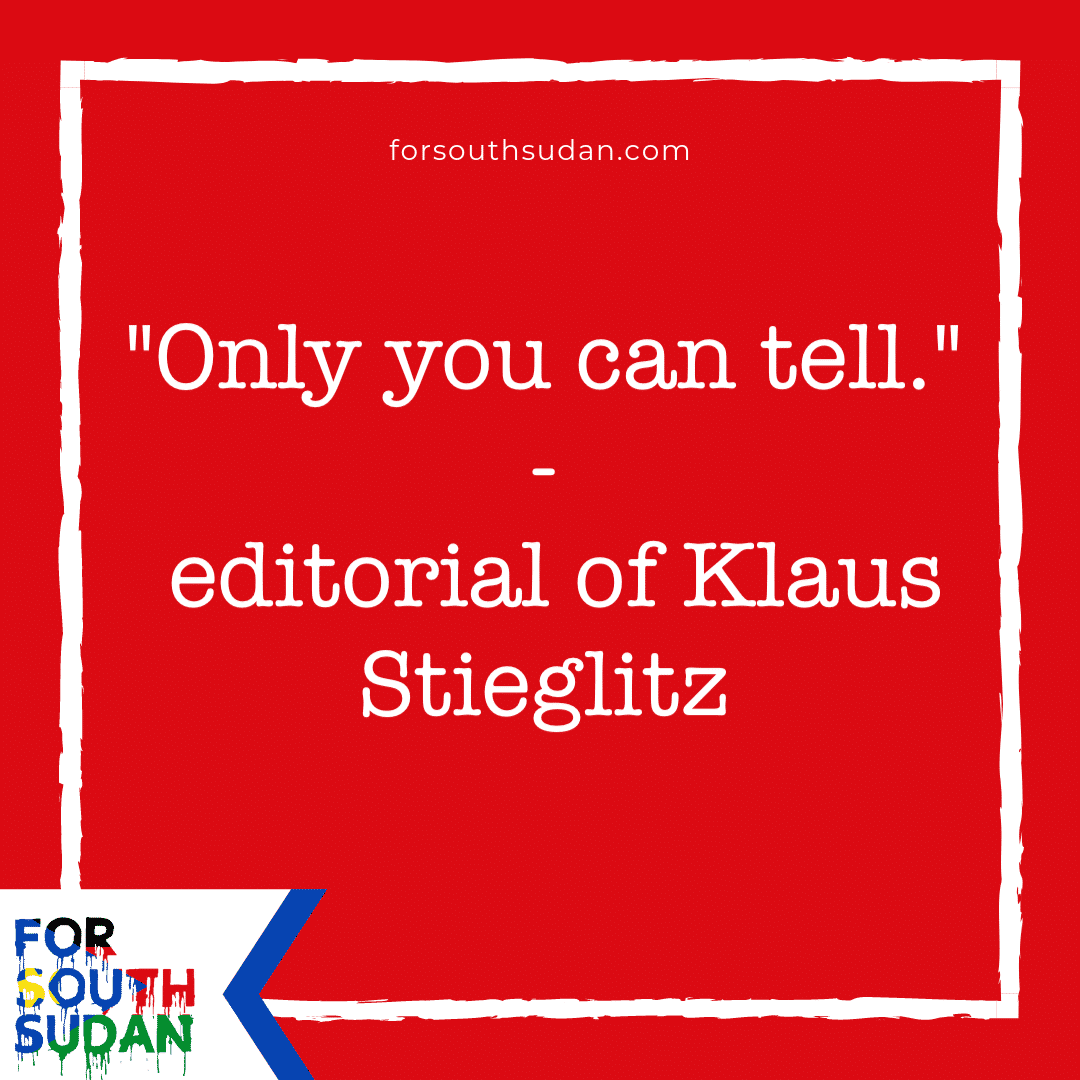 Only you can tell.

as of this very moment you are doing something outstanding and courageous. In the presence of a devastating oil pollution you are claiming your rights peacefully.

Public demonstrations in various locations demand an immediate halt to the production and transporting of oil in and from South Sudan. These activities of oil producing companies result in the improper disposal of wastes, they result in the oil spills, leaks and fires that have been polluting much of South Sudan’s water and land – causing a threat to the health and the destruction of livelihoods for more than 600,000 human beings living in South Sudan’s oilfields. Will the affected people accept these abuses? Only you can tell.

Have the millions and millions of dollars of oil revenues that were supposed to be the foundation for a prosperous and wealthy South Sudan, ever reached the villages located in South Sudan’s oilfields? Did these unimaginable amounts of money result in a sustainable development in your village? Have you ever been given anything in return for foreign companies exporting South Sudan’s, your ancestors’ energy? Did both Government and oil companies ever care for a safe drinking water supply in your village? Only you can tell.

When you go to the streets to claim your human right to safe drinking water, your right to life, liberty and security of person and your right to a standard of living adequate for the health and well-being of yourself and of your family, you are risking a lot. They have proved that they can silence individuals and organizations. Can they silence an entire community? Only you can tell.

Article 20 of the Universal Declaration of Human Rights states that every human being has the right to freedom of peaceful assembly and association. In these trying times, please allow me to humbly emphasize the word „peaceful“. 30 years ago my home country Germany has seen many peaceful demonstrations that finally resulted in the re-unification of the eastern and western part of our country. The protesters in the eastern part were united in their wish to not give an excuse to the state authorities to use violence and remained entirely peaceful. In His sermon on the mount, Jesus Christ is teaching us: „If anyone slaps you on the right cheek, turn to them the other cheek also.“ (Matthew 5:39). With this urgent call to unconditional peace, He wants us to break the vicious circle of violence. Will that work in South Sudan? Only you can tell.

I have visited your country many, many times and I have met wonderful and inspiring daughters and sons of your nation. Let us be united in our peaceful struggle for health and safe drinking water in South Sudan.

Bad and worsening lack of compliance

Reporters Without Borders: mentioning of Joseph Oduha’s courageous reporting, of forsouthsudan.com and of our campaign

Breaking news: Lundin execs to go on trial for crimes against humanity in South Sudan