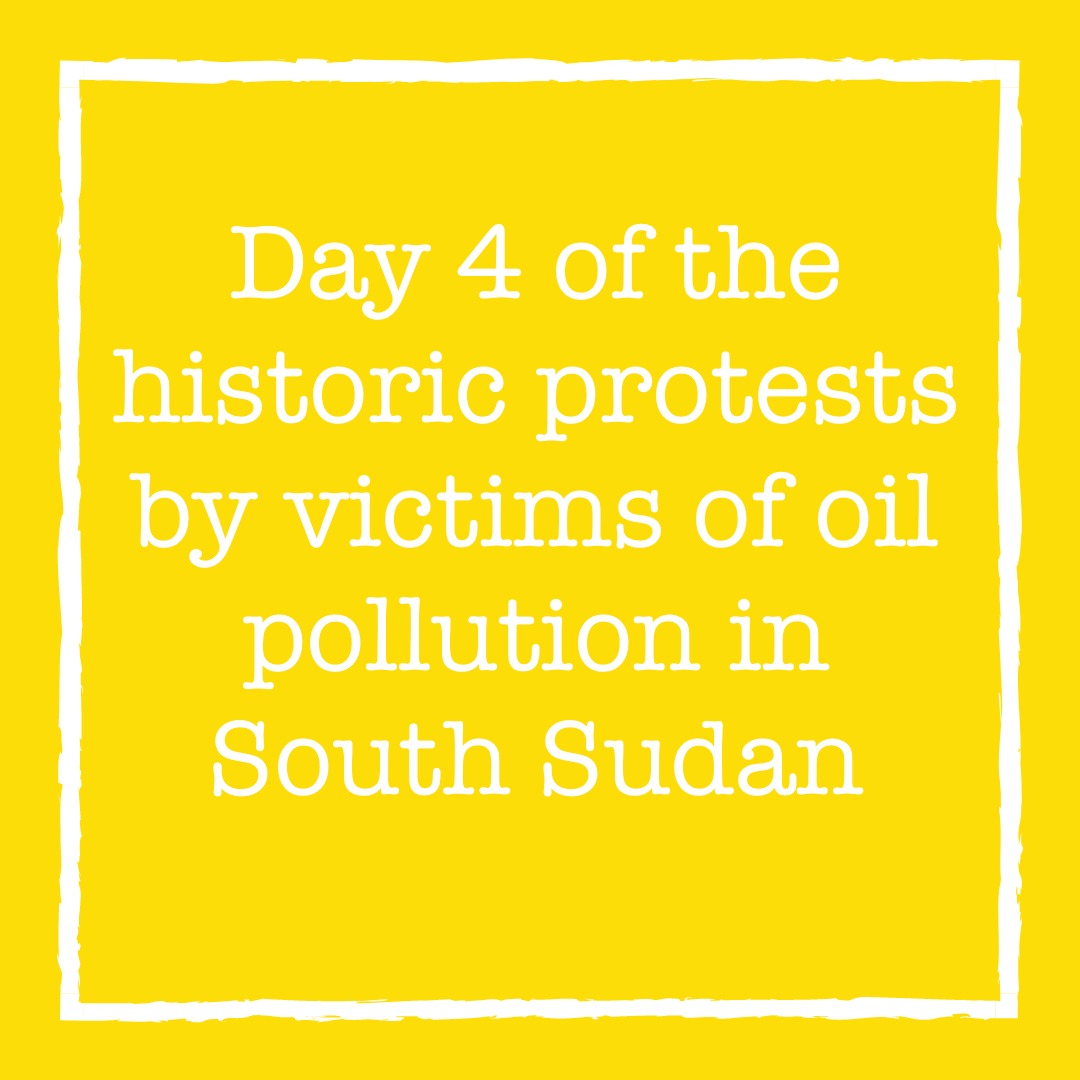 On August 24th, thousands of victims of oil pollution in Melut county, which is located in South Sudan’s Upper Nile state, launched an unprecedented and absolutely courageous demonstration.

In a country regularly ranked as having one of the world’s five most repressive governments, the victims marched to the oil fields – to peacefully protest the poisoning of their water, land  and air by oil spills, leaks and fires.