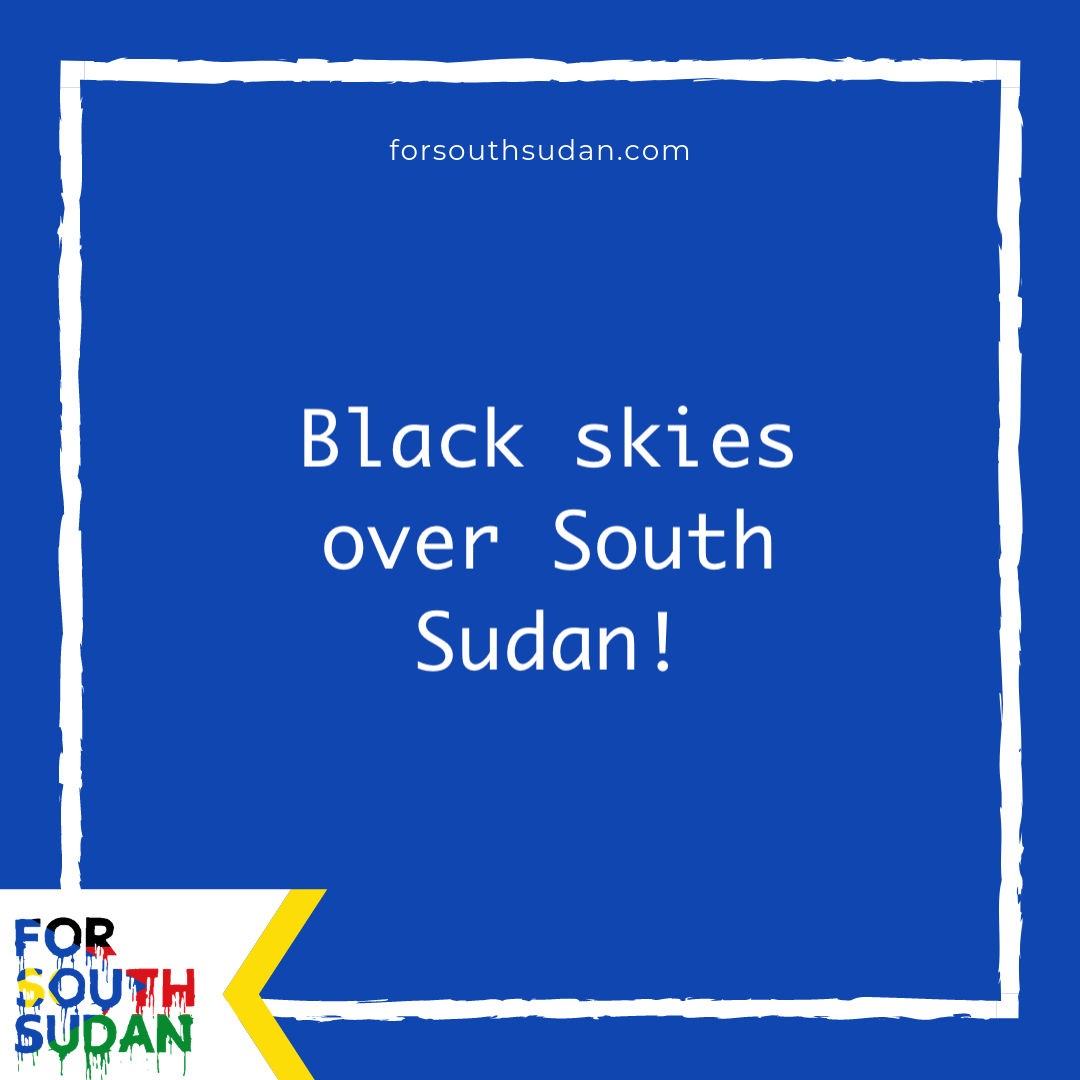 According to the media, the blaze broke out on January 13th, and was caused by negligent welding work.

The latest in what has become a long series of oil-caused environmental disasters in South Sudan, the fire at reportedly the El Toor field processing facility is said to have released huge amounts of greenhouse gases and noxious chemicals into the environment. The blaze highlights the failures and misdeeds permitted and committed by the country’s government and by oil companies.

On January 13, 2020, a fire swept through the FPF located in the El Toor oil field, which is served by seven oil wells. Visible throughout the entire Ruweng region, the smoke released is reported to have been comprised of a harmful mix of combusted oil and noxious chemicals.

What allegedly triggered the fire

Sparks flying from welders working too close to one of the countless number of unsecured oil ponds dotting the oilfields of South Sudan. Each of these ponds is obviously a highly combustible timebomb. Many of these ponds are the source of the Black Tide of oil pollution poisoning much of South Sudan‘s groundwater – a problem that will never go away.

What we already know

That South Sudan is gripped in a horrific, ever-spreading epidemic of oil spills, leakages and fires that add up to country-wide emergency for the country’s people and environment. The poisoning of the groundwater alone has given rise to at least 600,000 victims.

That these “incidents” are caused by the failure by CNPC, Petronas, ONGC Videsh and other oil companies to live up to applicable international, national and corporate standards of operation and environmental and worker protection – and by the South Sudan government’s obvious corruption-fueled willingness to abet these environmental and human rights crimes.Quote from Klaus Stieglitz, human rights expert and vice-chairperson of Sign of Hope

“Yesterday was – very literally – another dark day for the people in South Sudan. It was the latest in a long series of days and years and decades in which they were deprived by the country’s oil companies of their rights to have clean water and clean air. It was the latest day in which they have seen their lives darkened and their livelihoods destroyed by these companies, whose only concern is apparently earning a quick and dirty buck.

The smoke billowing out of the El Toor FPF symbolizes the suffering of the people living in South Sudan. When will it stop? Why don’t the oil companies listen to their consciences – they must have them – which are telling them that it is time to put an end to these horrible practices and make amends for them.”

CNPC, Petronas (which partners with Germany’s Daimler via the former’s sponsorship of the latter’s Mercedes Benz AMG Petronas Formula 1 racing team), ONGC Videsh and other companies have to immediately institute measures that

– prevent the recurrence of facility and oil-involved bush fires

– secure and insulate oil ponds, and properly dispose of their contents

– and – highly important, give these residents access to clean water and arable farmland, and alert them to the irremediable pollutants lurking in their environment

The El Toor FPF processes the crude oil transported by pipelines from seven oil wells. El Toor removes such foreign substances as water, sand, salts and heavy metals from the crude. The FPF produces 8,000 barrels of processed crude oil or 1,272,000 liters – a day. Key fact: one liter of oil suffices to pollute one million liters of fresh water.

Infant deformities due to oil pollution in South Sudan

“On behalf of the people of South Sudan!” Wani Santino Jada: the people’s attorney