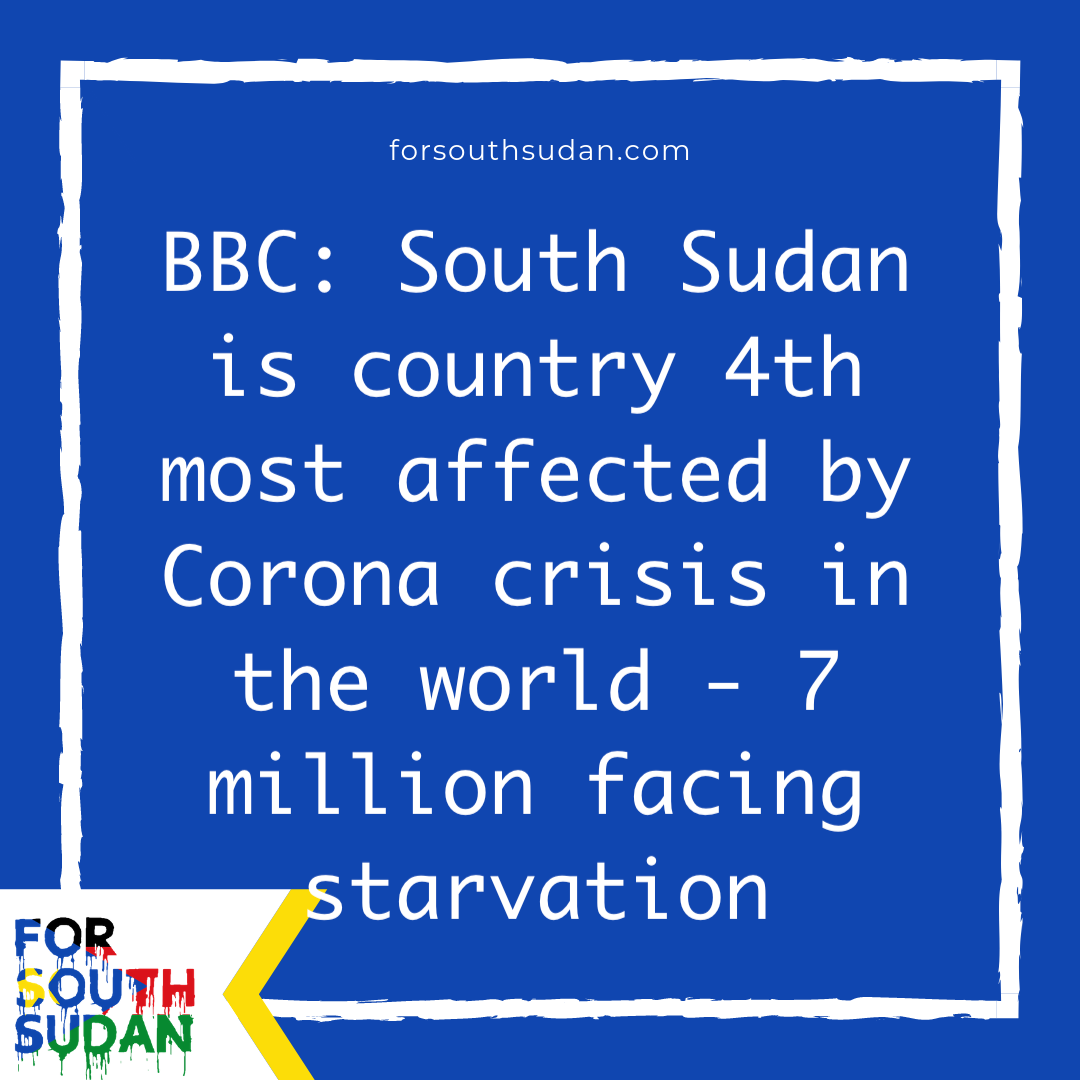 Corona compounds the hunger and thirst caused by oil’s pollution of water and farmland in South Sudan- and by oil-fueled civil war and corruption. This strife’s 400,000 fatalities are joined by nearly five million people that these wars forced to leave their home.

Remember: people weakened by oil-caused lead poisoning, malnutrition and other problems and ailments are more prone to succumbing to Corona. Congrats Petronas of Malaysia and China National Petroleum on the huge profits reaped in South Sudan – through environmentally and socially-destructive methods.

Coronavirus: Five of the countries most at risk from famine in 2020

As deaths caused by coronavirus around the world continue to rise, the World Food Programme (WFP) has warned that the world faces a possible “hunger pandemic” as the number of people most in need of food could almost double this year.
At the end of 2019, 135 million people were living with “acute hunger”. But with many countries around the world enforcing quarantine, that number is likely to rise to 265 million, the WFP says.
“Before the coronavirus even became an issue, I was saying that 2020 would be facing the worst humanitarian crisis since World War Two for a number of reasons,” WFP executive director David Beasley said on Tuesday.
The organisation, which received $8.3bn (£6.7bn) in 2019, now needs between $10-12bn to sustain its operations for this year.So which countries are most at risk?…..
Number 4:
South Sudan
The world’s youngest country only gained independence from its northern neighbour, Sudan, in 2011. The move was meant to mark the end of a long-running civil war, but the country descended into violent conflict after just two years.
The WFP warns that hunger and malnutrition in South Sudan are at the most extreme levels since 2011, with almost 60% of the population struggling to find food every day.
Making the situation worse, swarms of locusts which had destroyed crops across East Africa arrived in South Sudanearlier this year.
“If Covid[-19] was not a story right now, desert locusts would be the biggest story,” according to Mr Husain.
And as one of the most oil-dependent countries in the world, the country is likely to be hit hard by falling oil prices.

“The people of South Sudan come to us, crying for relief and justice. How can we turn them away?”