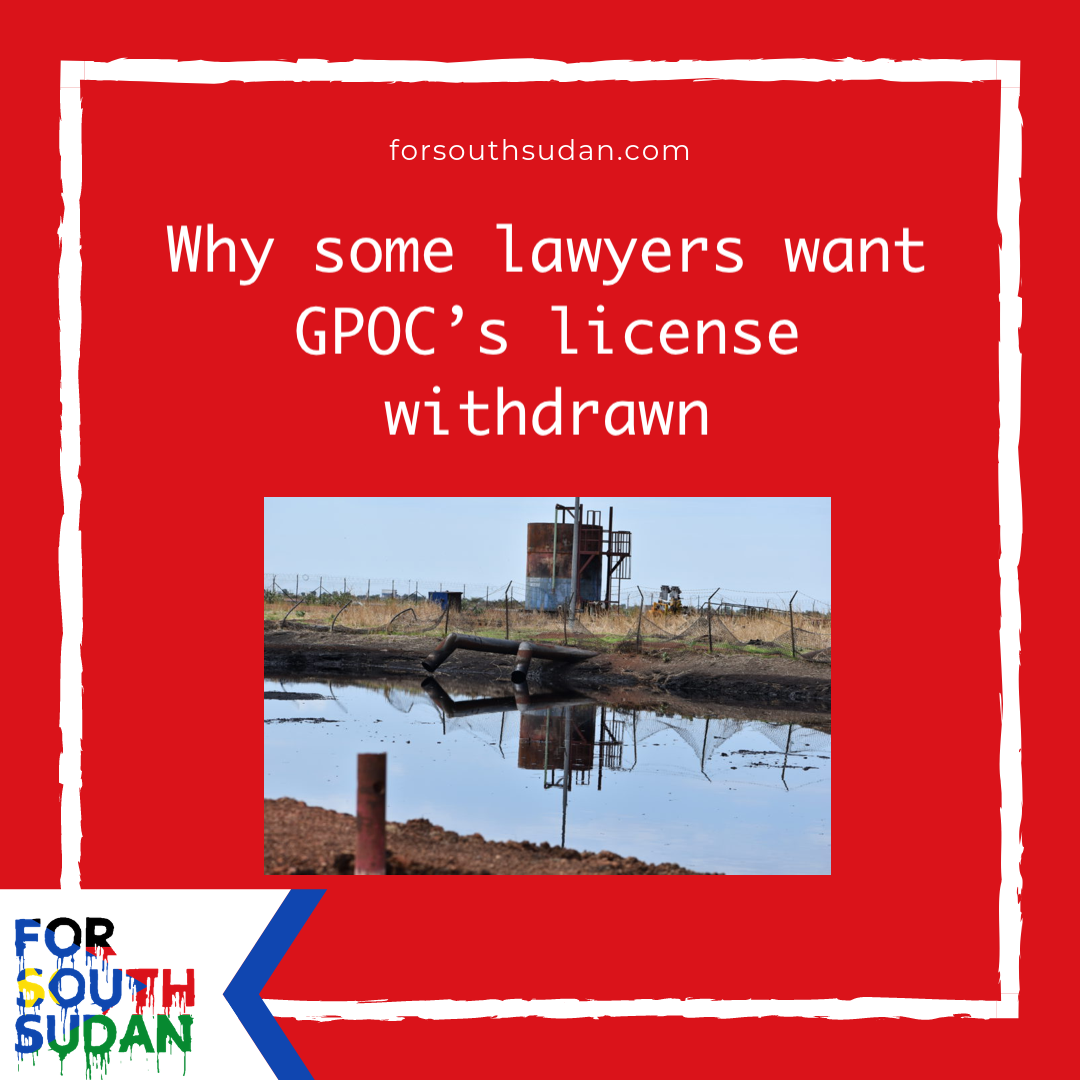 A group of lawyers has petitioned the Supreme Court to annul contracts of oil companies over alleged pollution in the oil producing states.

The lawyers want the oil companies to pay a compensation of $500 million for the damages caused by oil pollution in the areas.

There have been reports of oil pollution in oil producing states, including Ruweng, Northern Liech, Southern Liech and Northern Upper Nile.

In 2016, some residents living near the oil fields in Paloch complained of environmental pollution as a result of oil production.

In 2019, there were reports of oil leakages and explosion in both Ruweng and Northern Liech states, respectively.

There has been also reports of outbreak of diseases related to environmental pollution, with stillbirths and deformed newborns as symptoms of the conditions.

A research conducted by a German human rights group revealed that the water in the oil areas is not safe for human consumption due to contamination by crude oil.

Last year, governors of Upper Nile region called for the review of oil contracts that were signed with oil companies before the independence of South Sudan.

They argued that, some of the agreements signed under the Sudanese government had not factored in the environment, and the welfare of the ordinary South Sudanese living around the oil fields.

However, a group of lawyers have petitioned the ministry of Petroleum, Nile Petroleum Corporation or NilePet, and Greater Pioneering Operation Company or GPOC over the matter.

In a six-page petition, the lawyers saythe concerned authorities have failed to carry out their duties as provided for under the Petroleum Act, 2012, which requires them to observe protection of lives, safety of inhabitants and environmental protection.

“GPOC has failed to protect the environment and the protection of the citizens who are living in the state,” said Theji Dadwad Deng, one of the lawyers who submitted the petition on Friday.

They say the activities of companies have caused loss of lives, children being born prematurely, deformed or with strange shapes due to the radiation of chemicals used by companies.

The advocates argue that the governments have failed in their constitutional and statutory duty to protect, ensure and safeguard the livelihood of the inhabitants.

They also said the government have failed to protect the environment in the oil producing areas such as Ruweng state.

“This is a constitutional case, because what GPOC did is a violation of human rights which is right to life and right to live in clean environment,” Deng stated.

“So, we want the license of GPOC to be suspended because their exploration has caused loss of lives and it could led to more environmental damage of the area.

“GPOC has to pay to the citizens…half of billion dollars as compensation because of destruction of environment and displacement of the residents.”