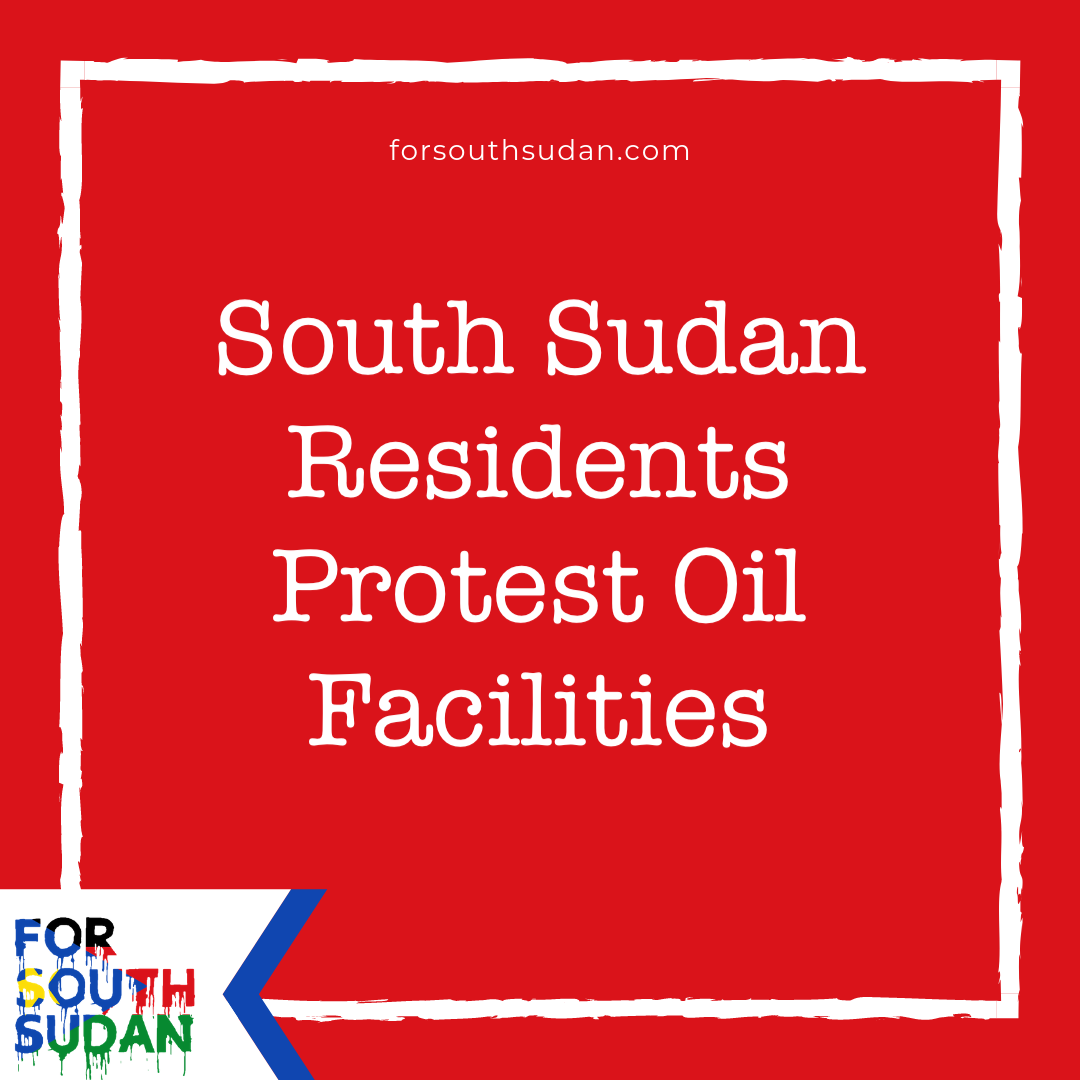 JUBA , SOUTH SUDAN – Residents around South Sudan’s Palouch and Melut oil fields in Upper Nile state demonstrated Wednesday for a third consecutive day against environmental pollution caused by the oil companies. The protesters blocked the doors of at least two oil companies and shut down roads and the airstrip in Palouch.

Protester Thon Beny Thon, who resides in Palouch, told South Sudan in Focus that oil companies have polluted nearby land with toxic wastewater and chemicals. He also said protesters are accusing the government and oil companies of failing to live up to their commitment to reinvest a portion of oil revenues to improve local infrastructure and clean up the environment.

“The residents are supposed to benefit from the oil being produced in their area, it’s their right,” Thon said. “Since 1997 — it has been over 20 years now — oil is being drilled, but there are no good schools, no clean water, no roads, no hospitals and nothing good for the residents.”

“The environment is contaminated, causing so many health complications,” said Thon, who called increased birth defects and miscarriages among local women a result of the pollution.

The reports also contain accounts of “alarming” birth defects, miscarriages other health problems among residents in the Palouch area.

Residents like Thon have been making their case since Monday in hopes of getting the attention of the government and petroleum companies operating in the area.

“We have closed all oil fields, even the airport is closed — a plane came, but left back to Juba. It could not land because our demands have to be answered,” said Thon.

“The government continues to work, and no one wants to come to us,” he added. “We have asked the minister of petroleum, minister of labor, minister of environment and the director of the oil company to come and listen to our demands.”

DPOC engineer Peter Abuluk told South Sudan in Focus that protesters have locked the company’s employees in their compound since Monday afternoon.

“The guys are well organized; they are burning tires at the main gate of the operation base camp,” Abuluk said. “They locked it, and no one is going out.”

Passed in 2012, South Sudan’s Petroleum Revenue Management Act established a formula for distributing a portion of petroleum revenues to affected communities for improving local infrastructure and addressing environmental concerns. It also set a high bar for reporting requirements by the government and oil companies, with the goal of having transparent and accountable management.

Thon says the 3% of revenues that is supposed to be allocated for local economic development is insufficient.

In Melut, community members issued a statement Tuesday threatening to conduct “violent” protests if the government and oil companies fail to address their demands, which include employment opportunities for local citizens, health care services, and environmental cleanup activities.

Repeated calls and text messages to the Ministry of Petroleum’s Undersecretary Awow Daniel Chuang for comment on this report went unanswered.

One of the world’s great environmental time bombs