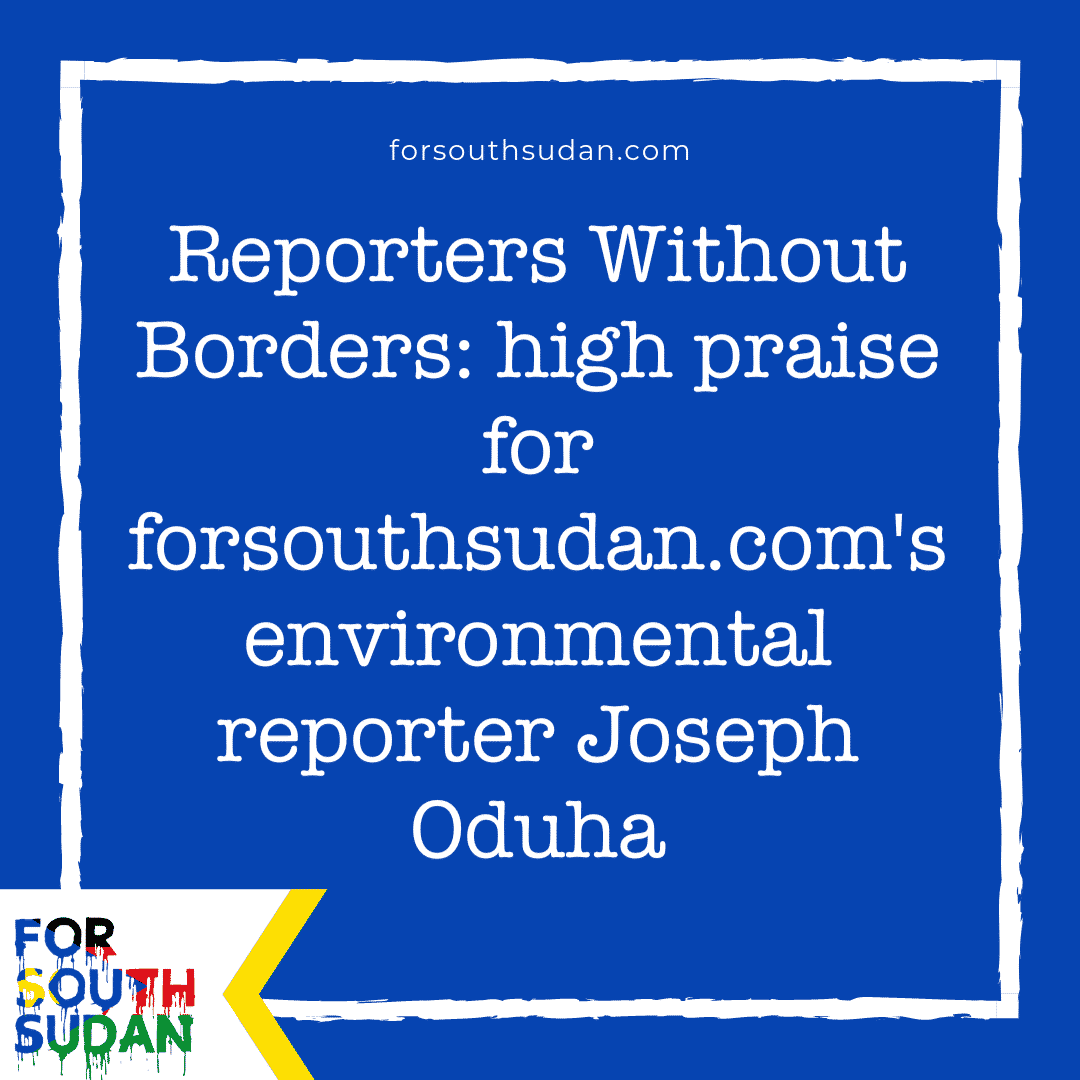 “To mark “Earth Overshoot Day,” which lands on 22 August this year, Reporters Without Borders (RSF) is publishing alarming statistics about journalists who cover environmental stories.

At least ten have been killed in the past five years, while more than 50 press freedom violations linked to environment journalism have been registered during the same period.

The death toll of the past five years could have been higher.

Because of his coverage of the human suffering resulting from the pollution caused by international oil company operations in South Sudan,

Joseph Oduha was harassed, detained, tortured and accused of ‘endangering national security’ before finally fleeing the country in 2019.”

“Without the courage and dedication of Joseph Oduha and the other WeAreWitness journalists, the world would not have  been appraised of the ‘eco-cide’ being committed in South Sudan, in which, according to UNICEF 2.3 million children are lead poisoned – due to oil pollution. My deepest thanks go to Sign of Hope and to Reporters Without Borders, whose support resulted in Joseph and his family’s being able to live and work in safety.”