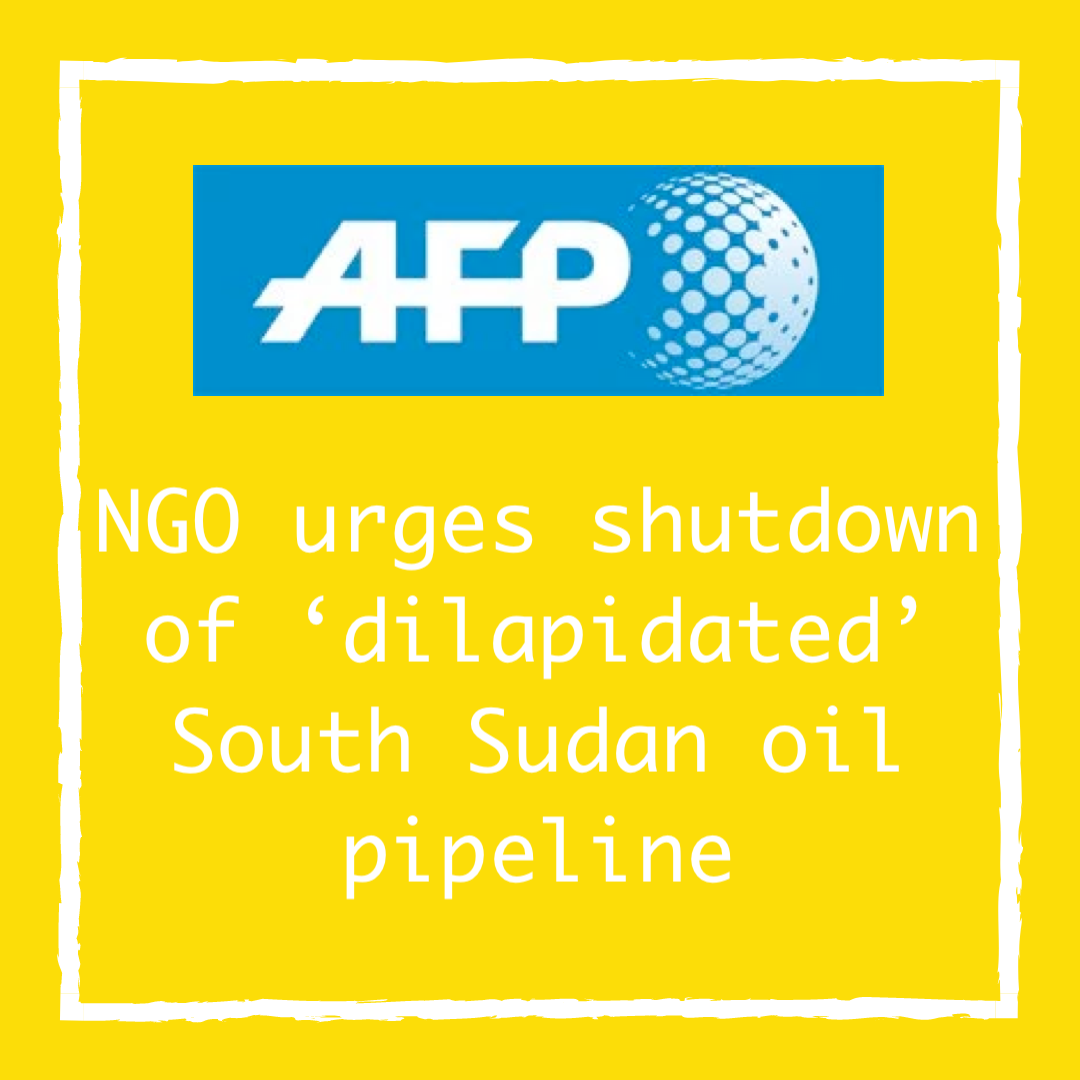 German NGO Sign of Hope, which has long investigated the impact of oil pollution in the country, used satellite images to detect two major oil spills in 2019, only one of which was reported by the government.

The first occurred last August some 40km north of the northern town of Rubkona, with an estimated 12 500 barrels or two million litres of oil spilling into the environment and heavily polluting drinking water.

At the time former Petroleum Minister Awou Daniel Chuang said only 2 000 barrels had spilled, which the report said was not “plausible” given satellite imagery showing “massive spreading in all directions”.

However a second spill, which has not been publicly reported by the government or oil companies, took place just 6.5 kilometres away and sent some 25 000 barrels of oil into the surrounds, the NGO found.

“South Sudan’s main export oil pipeline is dilapidated. That is why it keeps on experiencing ruptures. These, in turn, are causing massive oil spills,” the report said.

Sign of Hope called on the government and the oil consortium responsible for the pipeline – made up of Chinese, Malaysian, Indian and local companies – to “immediately shut down the dilapidated pipeline, to remove and to properly dispose of the oil spilled and the ensuing wastes.”

The 21-year-old oil pipeline carries crude from 64 oil wells through Sudan to be shipped for export.

Sign of Hope said it sent scouts to the sites identified by satellite who had found evidence of the spills, with both ruptures since repaired.

AFP approached the oil ministry for comment, but received no response.

South Sudan has been wracked by conflict since 2013 due to political rivalry among the ruling elite, and fighting devastated the oil sector – its main earner.

After the formation of a unity government on Saturday, the cabinet has been dissolved and negotiations are still under way to appoint new ministers.

Last year Chuang said that with production down during five years of conflict, the empty pipeline had filled with water and corroded and it was to be expected that “ruptures will happen from time to time.”

Concerns have mounted over the health impact of the oil fields on surrounding communities.

A 2014 study by Cordaid reported: “Oil production pollutants are suspected by communities to have caused many new health problems, such as increased infertility in women, a higher number of miscarriages, and eye and skin problems.”

Healing the pain through comedy

The facts: the true extent of oil pollution in South Sudan – new study