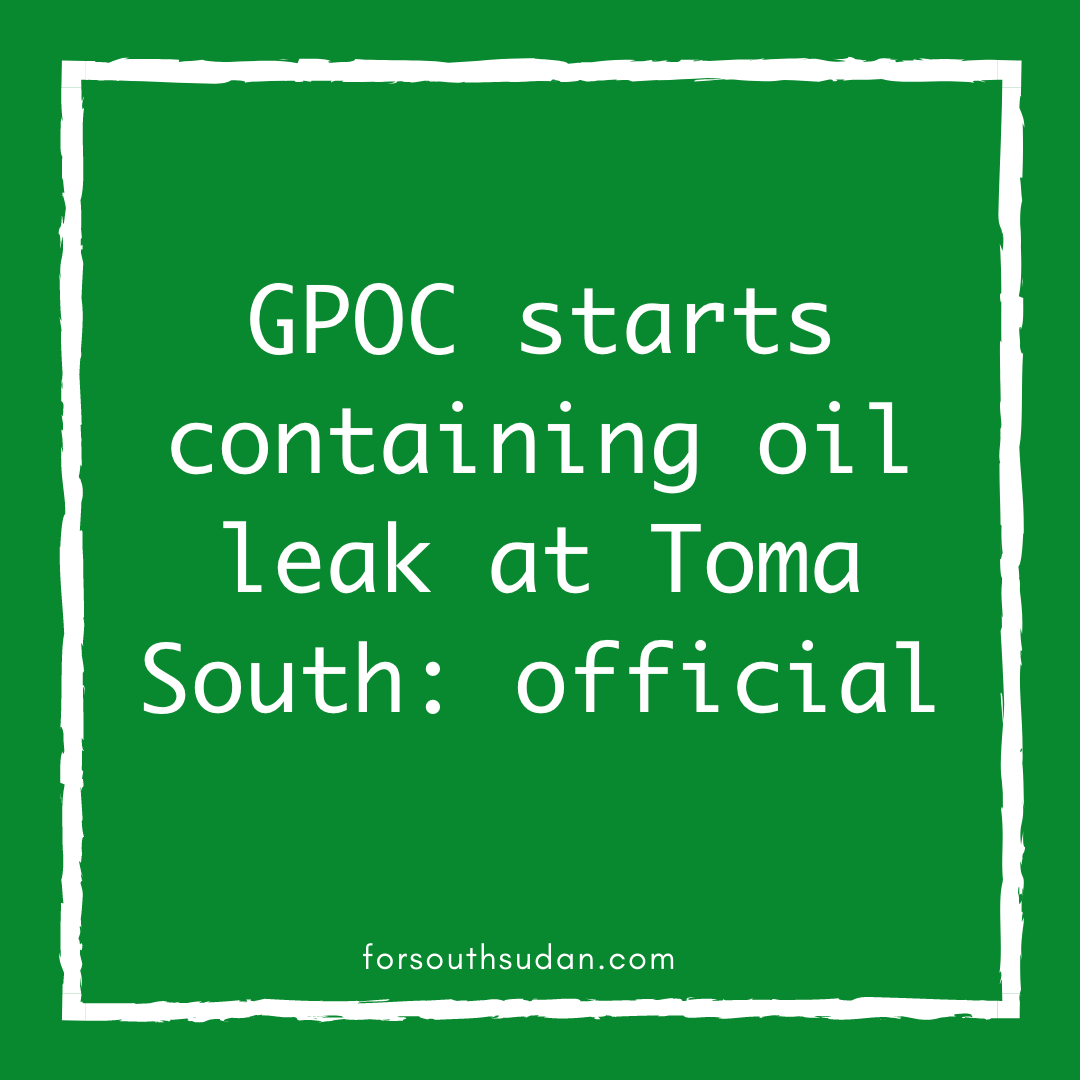 Local authorities in South Sudan’s Ruweng State have reported that a leaking oil pipeline at Toma South oilfield is being contained by engineers.

Abraham Ngor, the State information minister, told Radio Tamazuj on Wednesday that the Greater Pioneer Operating Company (GPOC), the operator of the oilfield, dispatched its experts to control the oil leak in Aliny County.

“The oil leakage in Toma South in Aliny County started on Sunday. After observing the leak, we talked to the oil company and the field manager confirmed to us today that they have started to control it,”Ngor said.

The state minister expressed concerns over the failure of the oil company to detect oil leakage and its inability to change ruptured pipelines.

He noted that the community will be badly affected if urgent steps are not taken to contain the leaking pipelines, saying urgent steps need to be taken by the company and petroleum ministry.

Last month, a leaking oil pipeline caught fire at the Unity Oilfields but no deaths or injuries were reported.