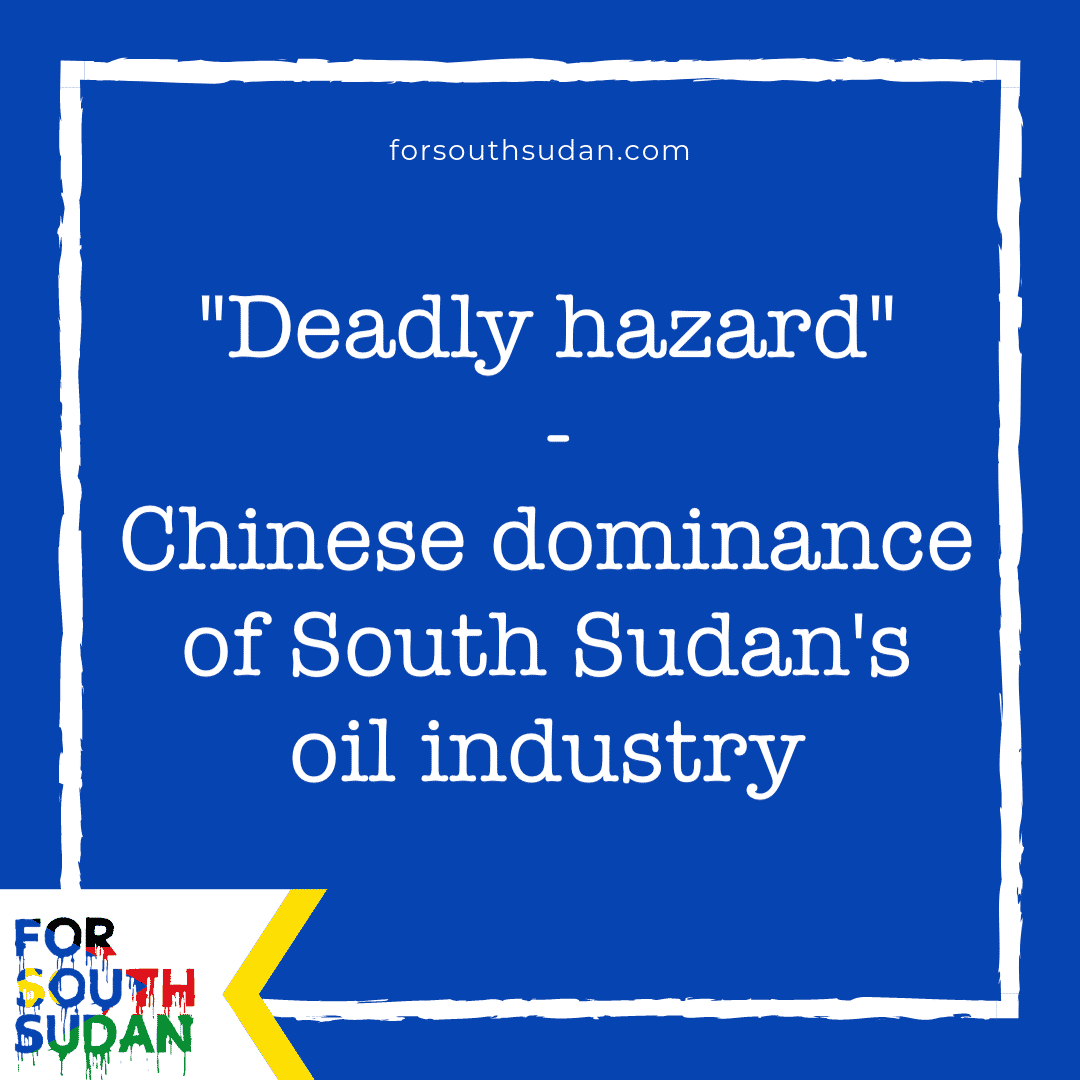 Chinese mega-projects, both at home and abroad, are not only a vehicle for corruption. They are a deadly public hazard.

Already in South Sudan, communities are being devastated by oil spills and contamination from a Chinese-constructed pipeline in Upper Nile and Unity States. The pipeline, which was constructed at a breakneck speed in the late 1990s during the height of the civil war, is owned and operated by Chinese companies and has since shown signs of major problems. The spills from the pipeline and the poor management of contaminated waste have led to horrific health conditions among communities living near the oil fields. According to one report, birth deformities in the Ruweng County of Unity State (located at the heart of the oil field) have increased from 19 percent in 2015 to 54 percent in 2017. Premature births in the same county have quadrupled, going from 41 in 2015 to 118 in 2017. Moreover, according to lab analysis of water samples from the area, the level of mercury and manganese in the water was seven and ten times, respectively, from what the U.S. Environmental Protection Agency considers permissible. In fact, South Sudan’s own ministries of Petroleum and Health have conducted at least two studies (aside from numerous independent reports) that have linked the health effects directly to oil pollution.

Instead of addressing this clear health emergency, the Sudanese government has opted to bury these reports and turn a blind eye to the suffering of its people. Recently, the oil companies along with the National Security Service of South Sudan have placed severe restrictions on disclosure of data in relation to health problems emerging from the oil fields. The only available health facilities in the oil fields are operated by Chinese oil companies themselves.

In addition, large sections of a road that was under construction by a Chinese company were washed away in May when the rainy season began. The project, implemented by Shandong Hi-Speed Company in coordination with the Ministry of Roads and Bridges, has already cost hundreds of millions of U.S. dollars. The knock-on effects on surrounding communities have prompted human rights lawyers to threaten lawsuits against the Government and the company for the substandard work. The whole episode was another embarrassment for President Salva Kiir, whose office directly handled the contract, and led him to fire the Minister in his office who oversaw the project.

While these two examples demonstrate the structural unsoundness of Chinese construction projects, they also highlight how official corruption in South Sudan works. The government doesn’t dare criticize its patrons in Beijing, even if the lives of its own people are at stake.

As events in Hubei province demonstrate, the structural weaknesses of Chinese mega projects both at home and abroad are rooted in official corruption. This corruption is enhanced by the authoritarian nature of the Chinese regime, which has successfully exported to many countries in Asia and Africa, including South Sudan. Without transparency and accountability, officials in China have become enormously wealthy even when such projects directly jeopardize the safety of their people. They are now encouraging their friends abroad to emulate them.