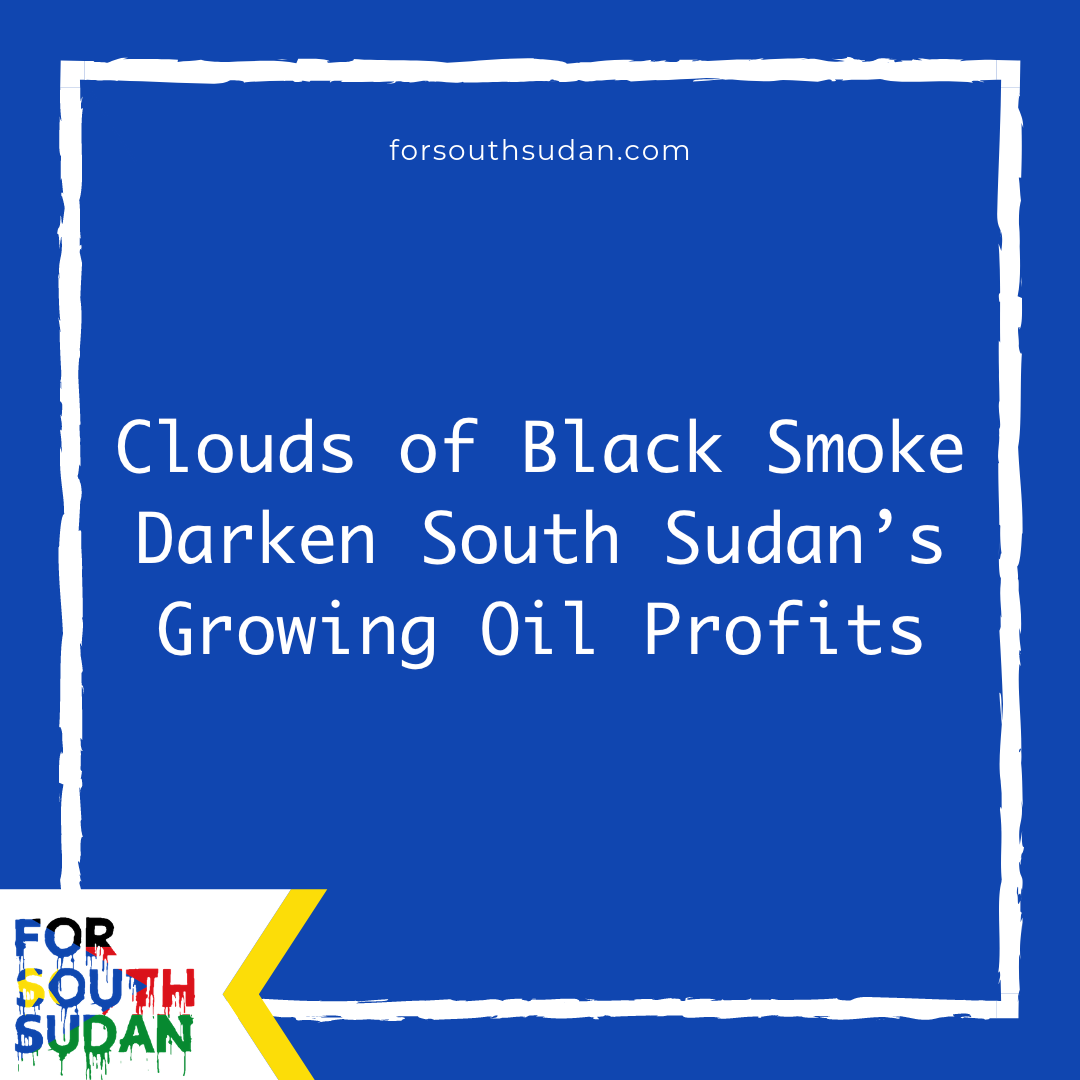 Grass is black from oil spills, air is dark from pillars of black smoke and layers of “black gold” cover water supplies.

Mitigating the pollution in the East African northern crude-producing regions has been made a top priority and an audit is underway to locate contaminated areas and find ways to clean it up, according to Petroleum Minister Awow Daniel Chuang. “Regulations will be used to save the environment; the policy will be for zero discharge,” he said in Juba this month.

Likely to both boost this initiative and allow the state to focus on rebuilding the economy is the breakthrough this week in long-running peace talks after years of civil war. President Salva Kiir and opposition leader Riek Machar agreed to form a coalition government, bringing peace to war-stricken, oil-rich South Sudan. Machar is due to be named Kiir’s deputy on Friday.

David Gai, a former information minister in what is now Unity state, said negligence and failure to inspect pipelines in a timely fashion is at the root of much of the problem.

Company failures to enclose production sites is also a threat, said Abraham Ngor, a former state official in Ruweng region. “The government has issued precautionary warnings to people to avoid living near these areas,” he added.

Birth defects are also a “big issue” for communities in his region but little details are available. “Investigations will help to find the exact cause,” Ngor said.

Oil production is key to development in the world’s newest country that seceded from Sudan in 2011.

It’s currently producing as much as 166,000 barrels a day, according to a government report released Thursday. That compares with output of about 350,000 barrels before war broke out in 2013. More than five years of fighting claimed almost 400,000 lives, forced 4 million others from their homes and caused an economic crisis. Previous attempts to implement peace agreements had failed.

Despite the environment damage, the government is pressing ahead with plans to boost sales by increasing buyers and encouraging international investment. The country has announced plans to offer 14 oil exploration blocks during the first quarter of this year as it seeks new sources of production. Foreign companies operating in the region include Malaysia’s Petroliam Nasional Berhad and China National Petroleum Corp.

“We are trying to increase transparency in the country’s oil and gas sector, specifically concerning the financial aspects,” Chuang said in Thursday’s ministry report. “It is our responsibility to make sure that we clean up the environment, we will not be able to clean up the environment until we understand the extent of the damages in the three operating areas.”

Residents of Rubkhona in Unity state, where oil spills go on for weeks, are concerned that the contamination is putting their families and their livestock at risk.

“My children, wife and me, we are all at risk,” said Nicholas Lual, a 47-year-old cattle farmer. “My plan is to move away from here to a better place.”UP NEXT

Have a confidential tip for our reporters?
GET IN TOUCHBefore it’s here, it’s on the Bloomberg Terminal.LEARN MORELIVE ON BLOOMBERGWatch Live TVListen to Live Radio

Selection of articles and videos